"Mhm." Goll nodded "That's Brynhildr, eldest and leader of the Valkyries, sworn warriors serving the All-Father, Odin. Although I am still young to be called a warrior. I haven't gotten the proper training until I'm old enough." Goll looks back at the fight and it's taking so long. "They've been fighting for so long. What will happen if one of them is called to fight?" She asked.

As soon as Zeus stopped punching and expressed surprise, NRG unleashed a strong radioactive blast from his grille holes, all the while gripping Zeus with his superheated gauntlets as they both sank into the molten ground like it was quicksand.

Using this opportunity, he would turn and try to top and pin Zeus down. The molten floor was like mud, and they were wallowing in it.

Ben blasted Zeus' face with a radioactive beam. The King of the Olympians would feel a scorching heat that would have melted his face, but he withstands it until he gets toppled over and pinned against the melting floor. Zeus is now stuck.

There were no fighters, only a molten floor... that was soon hardened back into its original state as its temperature reduced? 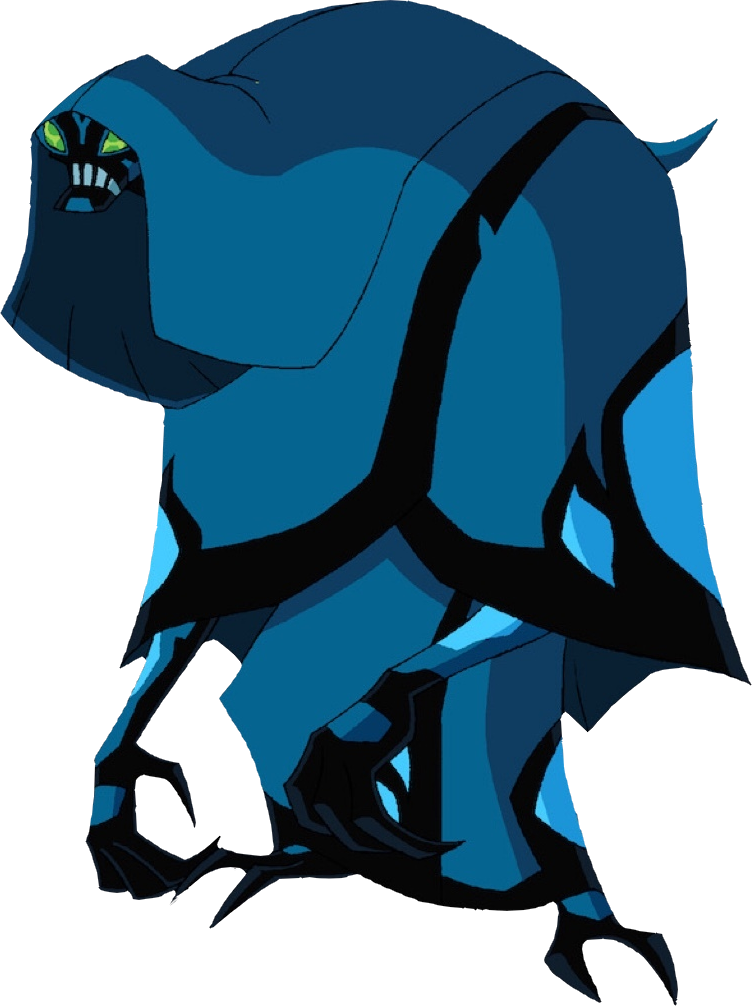 "And that, my friends, is that," a spectral entity rose from the solid ground, before spinning around, creating a small blizzard that generated an ice sculpture on top of it. He sat on the throne, his eyes darting around.

Zeus is now left buried in the floor as an ice throne is made in top of it and Ben sits on it looking smug. "Stop playing around, Ben..." Heracles muttered just as cracks begin to form around the throne which eventually bursts as Zeus has broken free of his prison, shooting Ben upwards. Zeus catches him on both shoulders and then he drops him down head first onto the ground.

As Zeus smashed the mothman into the ground, it wasn't goo that splattered, but instead, ice that formed around his fist and the ground.

"Good thing I picked Big Chill," the spectral entity rose from the ground behind Zeus. Still intangible, he phased through the God of Thunder repeatedly, freezing him as he did.

"If I can't stop your unending strength, I guess I'll simply have to ignore it."

Zeus became solid ice when Ben went through him. Unfortunately, Zeus broke free with his strength once more. "It will take more than hypothermia to take me down, boy." He said "No matter how many times, that won't be enough."

"Sounds to me like I can't touch you," Big Chill spoke, continuing to phase through Zeus and create ice sculptures around his body, freezing him repeatedly, "but guess what - you can't touch me either!"

No matter how many times he has freeze him, Zeus continues to break free. "Fine, then I shall give you a glimpse of what I can do. You have annoyed me enough to warrant a sliver of my power." Zeus said and then sparks begin to appear on his hand, pointing at Ben, and then shooting out a bolt of lightning from his fingertip.

Big Chill, high in the air and still intangible, swerves to evade the small bolt.

"You're going to need some bigger guns than that, Zeus!"

Zeus looks up at Ben who is now in the air and raises his hand up. The skies begin to darken as it is covered by dark clouds. When he throws his hand down, a huge bolt of lightning strikes Ben, leaving him no time to make an escape.

Big Chill screamed in agony as the lightning struck him. His intangibility fades as he struggled, before his default-frowning face turned into a grin.

His claw reached for the Omnitrix emblem on his belt, as a flash of green light emanated. That was when the screaming withered. 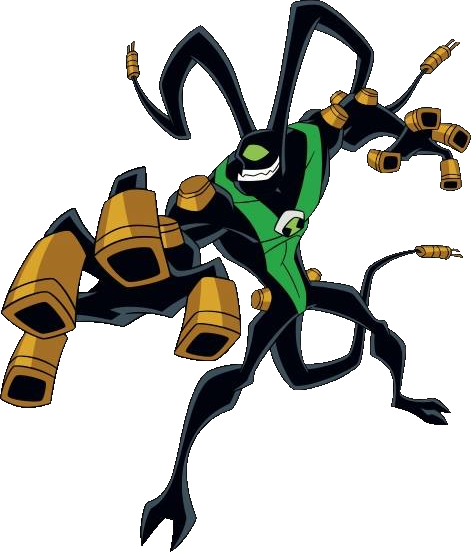 "AAUUUUUUGGGHHHHaaaahhh... Like they say on Crunchyroll - rub a dub dub, thanks for the grub!"

This new form felt no pain from the bolts. In fact, Zeus' lightning was being absorbed by his fingers and feelers.

Ben got hit. It would seem to be it for him, but then he went to a new form that can absorb electricity. Zeus...is not all too surprised. But then...

Nobody in the Heavens use Crunchyroll, they're all Netflix users (and yes, there is internet in the realm of the gods).

Goll asked a good question. What would happen if either of them were called to fight? Would they even be able to find the two of them? "Well..." Lizel thought for a moment. "...I guess they will have to just stop fighting. This was only supposed to be a 5 minute sparring match." It was then that Ban looked over and spoke. "They've been at it for 7 minutes now. I should probably stop the fight." Lizel stood up and looked at the two of them fighting. Ban had crossed his arms again, during which he tried looking for a good time to stop them. However it was hard to find a stopping point. The two of them were in the heat of it and never took a moment to breathe.

Lizel continued to watch, but took a moment to look down at the little girl. "I was serious about what I said earlier. You owe me a new outfit." She said speaking to Goll who stood nearby. "And maybe" she paused for a moment, "A nice bath." the redhead added as she, once again, tried to pat dirt out of her long hair and pjs. "hmmm..." Lizel sulked. She realized there was just too much dirt to get out. A bath was absolutely necessary. Ban just gave a single little laugh. He too was covered head to toe in it, but didn't seem bothered. Ane however had taken cover behind him and was devoid of any. "As soon as this is over, that sound fair?" Lizel said to Goll.

"I'm all about going beyond my limits," the new form said, dashing towards the source as he continued to absorb the bolts of lightning, "that's just what we humans do!"

His feelers continued to absorb, while he fired an undefined beam of green energy right at Zeus from his fingers!

Goll was told to have Lizel and bath and new outfit when Shishio and Alexander have finished their match. Goll nods and then spoke "I know of a bathhouse that is owned by Aphrodite. Never been there, but I heard the waters are of the most pure. I can take you there if you want to. Lady Brynhildr also take baths there along with other goddesses."

Meanwhile, as Zeus continues to fire off his bolts and Ben absorbing them, the latter fires off beams from his fingers. It did not pierce Zeus though, but they did manage to push him back as far as he could.

Feedback, continuing to absorb the bolts, channeled all the divine energy he absorbed from Zeus' lightning, charging it up as green energy in his palms.

The divine lightning that struck him was converted into a divine energy blast, a large one that was targeting Zeus!

Ben fired off a blast of divine energy onto Zeus. It would appear to have been it for him. When the dust settles however, Zeus is still standing, although it may appear that he has gotten stronger after he took the blast. "Fool, that is my own energy you threw at. You would think that throwing what was mine back to me would hurt me? It doesn't work like that." He said right before he dashes in to deliver a swift jab right onto Ben's face.

"Me and my big WOOOOAAAAAAHHHH!"

Feedback was knocked back much distance, before he started to think.

"He's tossing away what I throw at him! Looks like it's time to think big..."

Feedback, panting, smacks the emblem of his Omnitrix as a flash of green light envelops him. 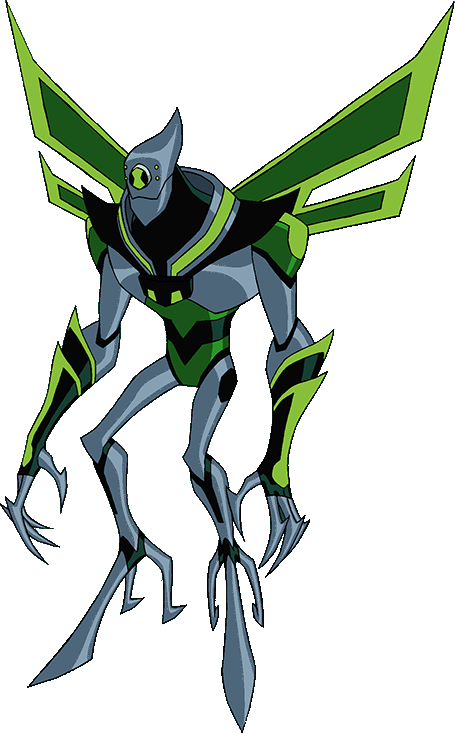 Nanomech, a tiny inch-tall being, flew towards Zeus at proportionately fast speeds. During this, he began to shrink further and further, all the while firing energy blasts at him.

Ben went small, but also fast as he goes around Zeus firing beams...which did nothing to the King of the Olympians. He stands unfettered and not flinching. "How about you go into his ass and grow big from there?!" Yelled Clotho. "Yes, that would be a good idea." Lachesis agreed. "That sounds gross." Atropos felt uncomfortable.

Nanomech turned, speeding up as he entered Zeus' ears and zooming into the brain, ready to strike it with energy blasts.

"I hope you're ready to brainstorm! You know what, I should've saved that when I was actually Brainstorm."

Ben went inside Zeus' ear and into the brain. By the mention of brainstorm, Zeus grins as his brain begins to produce electricity, eventually letting out a powerful burst that would get Ben out of his head. "How is that for a brainstorm?" He asked, looking down at Ben as he raises his foot and brings it down to crush him.

As the foot descended, a flash of green light - as well as a powerful drill - appeared. The latter proceeded to smack into Zeus' sole. 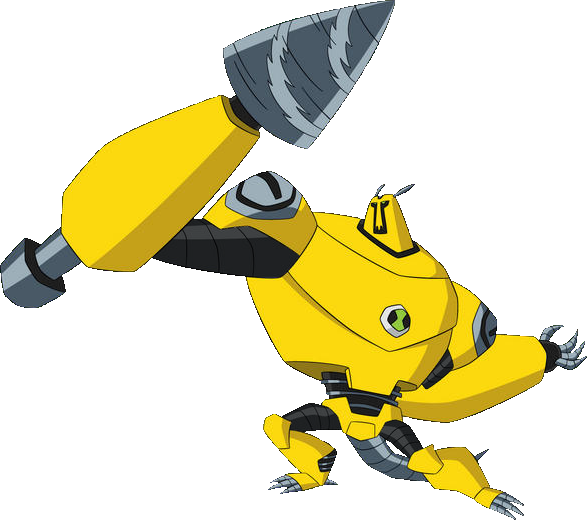 As the foot of Zeus was about to crush Ben, he transforms once more and the drill manages to pierce through Zeus' foot. That made him flinch a lot. "That's it! I'm sure that form can work on him." Karma said just as Zeus quickly gets his impaled off of the drill and gets away. "Clever, I thought you change into something more stronger. Besides, you've managed to make me bleed." He said "However, that weapon of yours will not be enough to save you." He charges towards Ben, jumps up, and proceeds to try to deliver an overhead kick onto him.

Armodrillo's arms transformed into Jackhammers, slamming upon the ground as sand and rocks flew upwards and an earthquake was generated. The force was strong enough for pillars of rock to rise around him. As Zeus successfully penetrated the rocky defenses, Armodrillo was nowhere to be seen, until he rose from the crackly earth below Zeus, drilling upwards for a powerful sneak attack!

Topless​
You must log in or register to reply here.