Realistic or Modern Duke, Castle and the Writer (MxF) 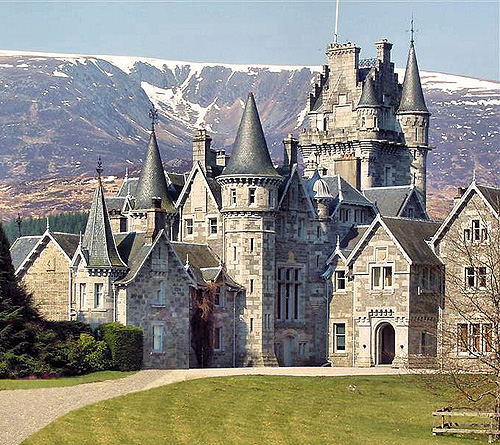 ​
To escape the paparazzi, a bestselling fantasy author journeys to Scotland, where she falls in love with a castle -- and faces off with the grumpy duke who owns it.

This is the story that begins with a Duke and his Castle. For years the duke has been facing hard times. He is finally faced with foreclosure by the bank. Investors have been interested in turning his castle into a hotel and tourist resort. It is no longer a choice as to whether he wants to sell. It is now a matter of selling or losing everything.

Enter our writer. She is known best by her pen name, Heather Daniels, and is so popular that she has surpassed Rowling in earnings. Few know of her by her real name, Diane Matthews (or Miller). She arrives as “just another tourist” except for the fact that she isn’t with any groups. To help with stalling foreclosure the castle has tours and a gift shop. Diane arrives late and misses the tour. Instead she encounters the Duke and mistakes him for an employee working the castle. Instead of turning her away he decides to give her a private tour. (Neither learns the truth about who the other is during this tour.)

Back at her hotel she learns that the castle is up for sale. This prompts her to make an offer (not directly as she is still unaware of who the Duke is). From the Duke’s perspective the unknown buyer is likely just some rich aristocrat looking to buy a trophy castle. That is at least better than the other investors looking to build a tourist resort. For him, he is selling the only home he has even known.

When she shows up in person, they both learn the true nature of who the other is. She is a famous author. He is a duke.

The deal comes with conditions. A nearly six-month escrow ending New Year’s Eve at midnight. It is early July. There are a few members of his staff who must be allowed to remain with the castle - indefinitely. The land cannot be subdivided. He doesn’t explain at the time, but he has an education in environmental engineering. The land grows its own organic produce and has 70% of its power supplied from green energies. She agrees. All she seems to hear is his concern with his people. She respects this. But there is one major catch: the Duke will continue to live in his castle until the escrow period ends. After all, a castle is a living thing. She will need to learn how to care for it.

The escrow deposit is non refundable, but will stave off foreclosure. If she backs out the escrow may make enough of a difference to stop foreclosure altogether. So the plan is simple. Make her life a living Hell until she can’t take it.

Your Character
Obviously I need someone to create and roleplay the part of the Duke. Scottish. He should be around Diane’s age or a bit older. (I am setting her age at 24-27, depending on the year of the RP’s start 2025-28.) The Duke should be well educated. Oxford, Cambridge, both … You get the idea. A pet would be good. Horses.

Posting
3rd person past tense
PM threads; one for OOC; one for IC.

Realistic or Modern Cravings for a rp. | Platonic, Angst, Slice of life

Multiple Settings Spare a moment for a writer, somehow I have plenty