Welcome to: A Reptilian Doomsday: Rampaging Survival! Now, let’s start Shall we? Also, the RPs going to take place in different locations, like some kind of adventure or something 5:21, Nighttime, The start of the Kaiju Rampage. It was a normal night in San Diego. Buildings towered over the...

(Note: this is copied from the recruit page) CHARACTER SUBMISSION: rather than a template, you can pretty much send a wiki link to the character, but you can also submit a character whatever way you want. Rules: No NFSW characters. You can submit any character, as long as they aren’t very...

Yeah, welcome to the OOC pal!

Roleplay Type(s)
Welcome fellow user to A Reptilian Doomsday: Rampaging Survival! This is a crossover Roleplay that takes place in a Earth that has been made from many universes such as Ultraman and One Piece!

Before I explain the lore, This is pretty much like a prologue to the main series, which has a fandom wiki:

Also, there is some important pages in the main page. Now, let’s begin with the lore.

LORE:
After the discrimination of many Kaiju and carnivorous dinosaurs, Godzilla and other Kaiju eventually started a event known as the “Kaiju Rampage”. The Kaiju went across the globe, destroying cities and ruining world peace. While the governments build Domes in the middle of the ocean, many people are trying to survive the chaos. Will you be a fellow survivor, someone who wants to stop this madness, or a Kaiju who may or may not be on Godzilla‘s side. It’s your choice…

CHARACTER SUBMISSION:
rather than a template, you can pretty much send a wiki link to the character, but you can also submit a character whatever way you want.

Rules:
No NFSW characters.
You can submit any character, as long as they aren’t very powerful gods or something. 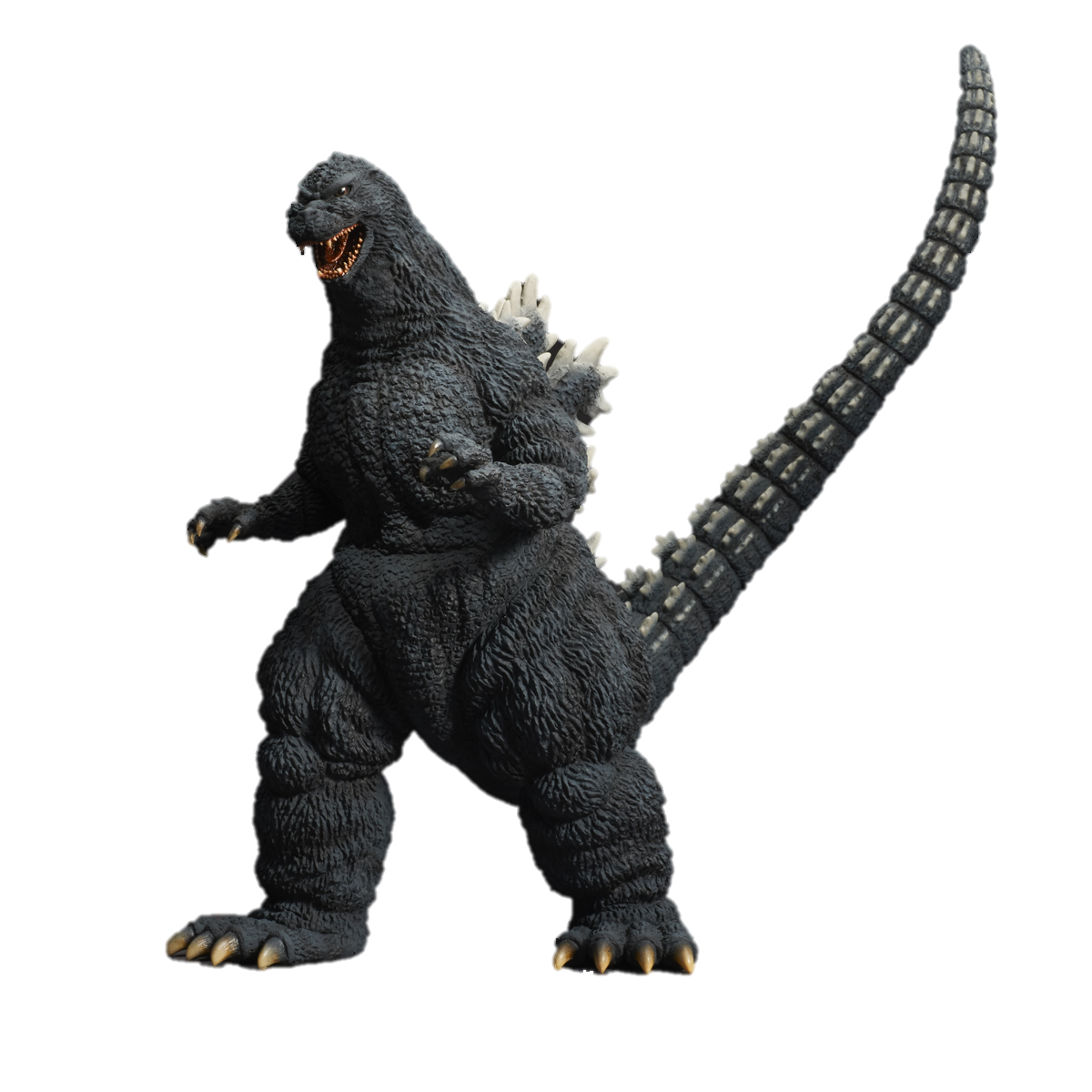 The Heisei Era Godzilla, or just Heisei Godzilla is the main Antagonist in A Reptilian Doomsday. Godzilla formerly had a anti-hero personality, attacking buildings only because they were in his way. After the Discovery of Kiryu being made of the first Godzilla’s skeleton, he was enraged at the... 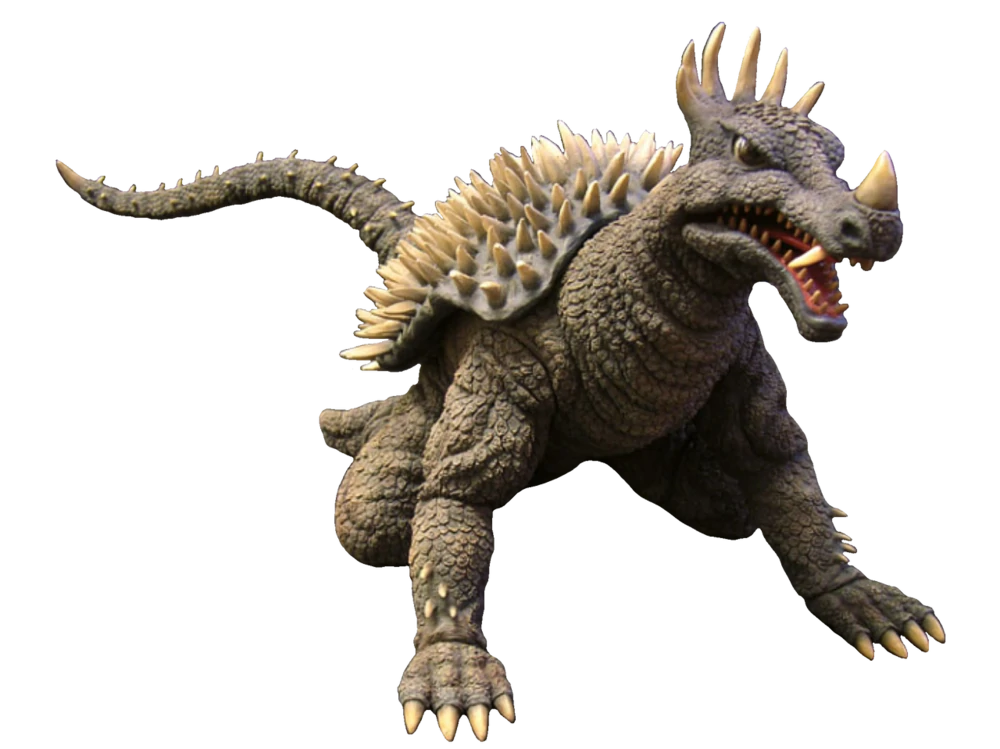 Anguirus is a giant Irradiated Ankylosaur, and one of Godzilla’s allies. He is used by Beto09786 and is the secondary antagonist of the RP. Anguirus was formerly mostly docile to humans, and destroyed buildings when they were in his way, just like Godzilla(Heisei). After Godzilla went on a...

Rodan is a Irradiated Pteranodon used by Beto09786. He is the Third Antagonist of the Roleplay. Rodan was formerly mostly docile, but attacks cities or any human settlements sometimes. Along with Godzilla(Heisei) and Anguirus, Rodan got enraged due to being discriminated and having small... 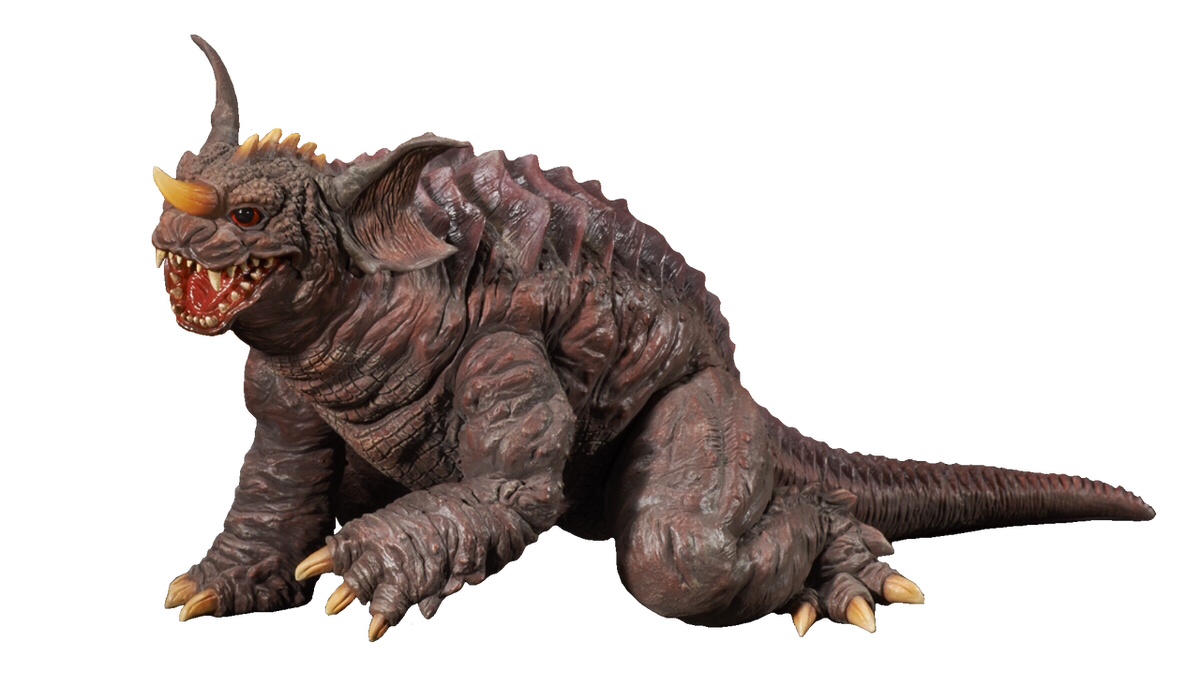 Baragon is a subterranean reptile used by Beto09786. Baragon is hostile like all Kaiju, and seems to have a liking to ambushing. After the events of Frankenstein vs Baragon (Check Timeline), another Baragon appeared, much larger than the other one. This one seemed to dislike humans, but not too... 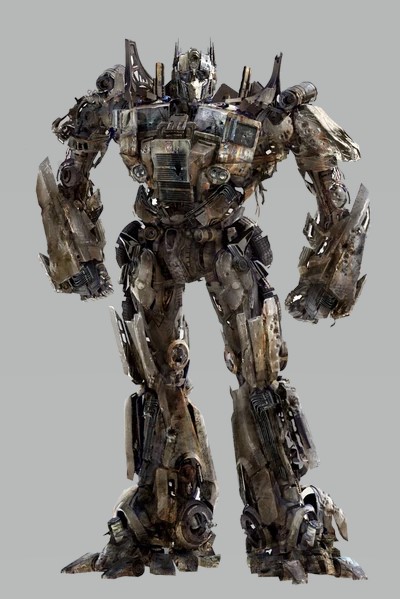 Optimus Prime is a scientist Cybertronian and a character used by Beto09786. Optimus Prime is kind, humble, caring, selfless, serious, highly intelligent, calculating and wise. He has a strong sense of justice, honor and good morals. On the battlefield, he is a great fighter, leader and...

PLAYABLE SPECIES:
These are species that pretty much anyone can play. 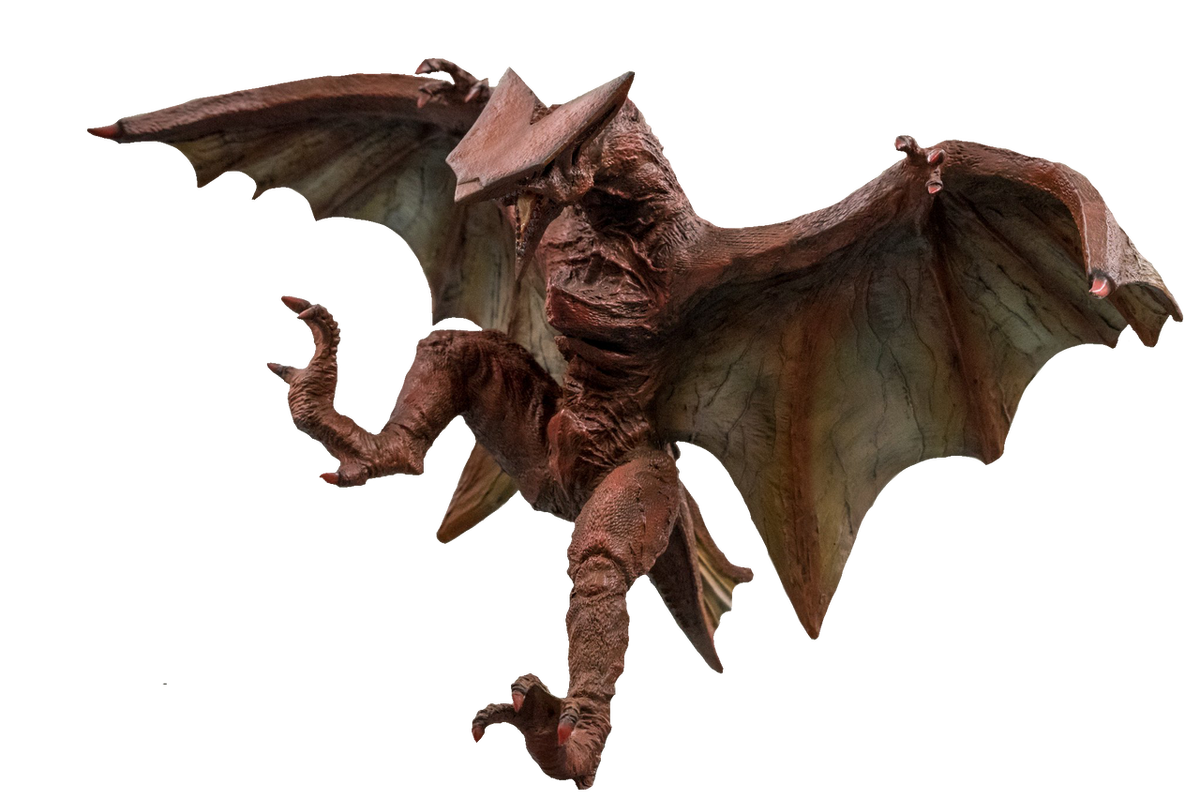 The Gyaos is a species of Bat-Like pterosaur creauture. They can be Roleplayed by anyone. Gyaos are feral, bloodthirsty creatures with no regard for other life whatsoever. They mostly see humans as their prey, and will eat them either dead or alive. The Gyaos were creatures with no exact origin... 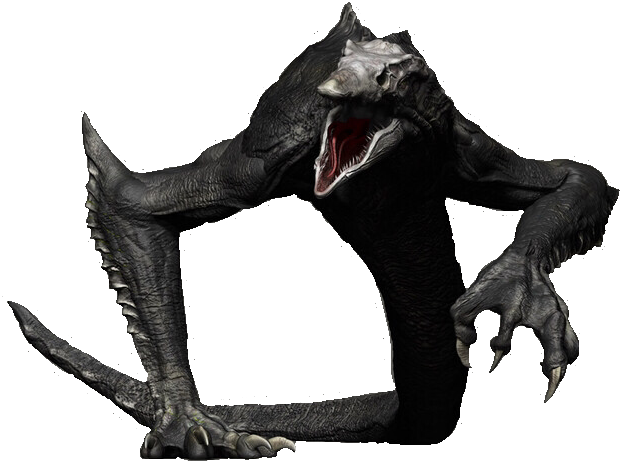 Skullcrawler is a mutated species of reptiles. It can be role played by anyone. Skullcrawlers were creatures lived in Hollow Earth. Due to bigger predators and creatures like Godzilla, Warbat, King Kong and others, they cannot go hunting, and their fast metabolic speed made them died and their...

The Sirenjaw is a massive crocodilian monster that is roleplayed by Shieldon. It first debuted in Episode 3 of A Reptilian Doomsday where it served as a minor anti-protagonist. Despite looking much like a typical carnivorous reptile, the sirenjaws are in fact, omnivorous. They hunt by ambushing... 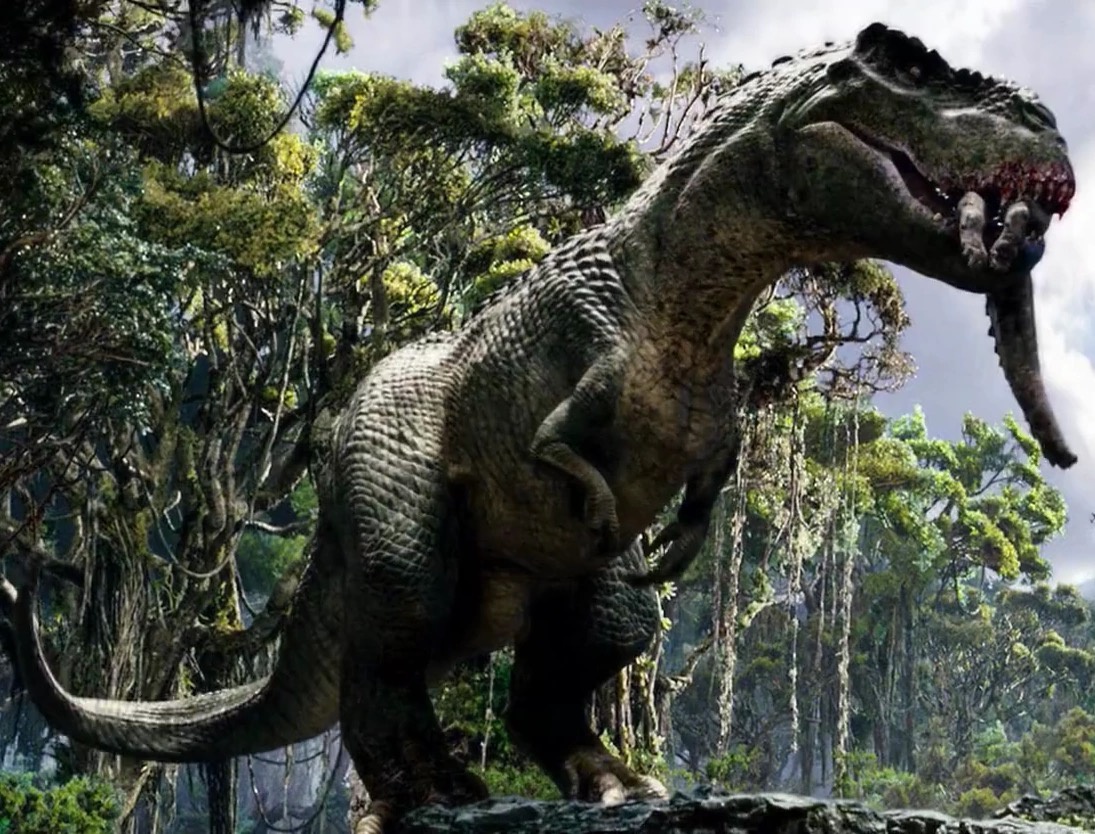 The Vastatosaurus rex is a evolved Descendant of Tyrannosaurus. They can be used by anyone. The Vastatosaurus Rex lived in Skull Island, where it had a medium-sized population. While transporting 2 V-Rexes (a male and a female), they escaped into America, where their population grew even more...

Plus, you can RP as any dinosaur too, and even NPCs such as civilians, the military and more!

Hm.. I think I might be interested. Just give me a moment to read the Wiki page and I will submit a character

Would it be fine if I played someone from the military? I have a backstory planned for him.

Roleplay Type(s)
Sure, why not?

Roleplay Type(s)
Also, here’s where you submit the characters:

(Note: this is copied from the recruit page) CHARACTER SUBMISSION: rather than a template, you can pretty much send a wiki link to the character, but you can also submit a character whatever way you want. Rules: No NFSW characters. You can submit any character, as long as they aren’t very...

Quick question, do I have to submit a picture of the character? I have a description of him typed out, but I’m unsure if I need to attach a picture with it too. ‘^^

Roleplay Type(s)
Well, you Can submit a picture or a description, or both if you want to
You must log in or register to reply here.

Yesterday at 6:08 PM
Rusty of Shackleford