Literature What books are you reading at the moment?

Hello everyone! Forgive me if this isn't the proper prefix, but I wanted to ask you readers on here, what books are ye going through at the moment? Personally, I'm reading through David Abulaifa's The Boundless Sea: A Human History of the Oceans. It isn't so much a natural history (as the title says) but moreso how human beings have interacted with the oceans and how they were used as means for trade, conquest, the spreading of ideas and immigration amongst many other things!

So I'd be very well interested in hearing what you're reading about or even the genres that you gravitate towards.

Oh boy, where to start? Let me get my list of reads I have yet to finish.

When True Night Calls, the second book of the Coldfire trilogy book series which entails the struggles of man on a very dangerous planet where your worst nightmares or even your best dreams can take physical shape and kill you, and a priest builds rag-tag relations even with a monster to combat greater monsters that feed from man's inherent fears and beliefs. This is my second read-through, and I adored the first book Black Sun Rising.

I just barely finished The Brothers Karamazov by Fyodor Dostoyevsky, which was a fantastic read set in 1800s Russia, where a family called the Karamazovs endure struggles among themselves, with the challenges of love and honour, and with the great difficulties of life. It has knocked Crime and Punishment not over but to the side of my pedestal for favourite reads from the author. That is a huge deal, given my great love for Crime and Punishment.

Speaking of which, Crime and Punishment, which I am reading for the fifth time.

Battletech books, especially the Warrior trilogy. The authors capture the universe and its politicking so well, and the characters surprise me just as much as in the Star Wars X-Wing series. 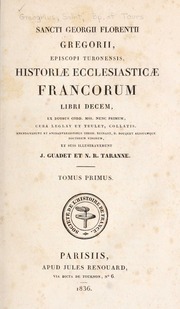 EDIT: I'm only beginning to learn Latin and I'm still on the first few pages. Don't know if I'll succeed in reading through the first chapter but I'll try.

What a varied amount the lot of ye read! I'm nearly finished the book I mentioned above at the time of writing this, so I'll probably begin to read the Oxford World's Classics edition of Tacitus' Agricola and Germania soon. I'm trying to get rid of the annoying habit of buying books while reading another one at the same time.

Let's see... I have a bad habit of picking up books that I'm interested in, but only rarely get around to reading, so my backlog is probably even higher than what I can list off the top of my head:
I've been 1/3 of the way through reading The Fault in Our Stars and An Abundance of Katherines for... a couple years now? Although I accidentally spoiled part of the latter's ending for myself while flipping through the pages. [sweatdrop] I put them down for a while and never quite found the motivation to finish, and ditto for the two Redwall books. Part of my fatigue from trying to read Mattimeo is the B-plot that's pretty disjointed from the rest of the action, the setup to which feels more like filler, and seems to drag on in between the chapters of the more interesting main quest (though I do appreciate the author going to the trouble of giving the side characters from the previous book something to do). I want to return to The Girl Next Door some time soon; I had picked it up after I read about the horribly tragic real life case it was based on.


Thanny said:
When True Night Calls, the second book of the Coldfire trilogy book series which entails the struggles of man on a very dangerous planet where your worst nightmares or even your best dreams can take physical shape and kill you, and a priest builds rag-tag relations even with a monster to combat greater monsters that feed from man's inherent fears and beliefs. This is my second read-through, and I adored the first book Black Sun Rising.
Click to expand...

I may have a lot of books on my plate already, but this does sound really good! I may end up adding this series to my To-Do List at some point.

You remind me of a fella I know Fraised, every time I talk to him he always seems to have added new stuff to his TBR list! I've gradually trimmed my own down in the past while where I only have a handful to read now, but I always get distracted by a different book I'd see on Book Depository.

Fraised said:
I may have a lot of books on my plate already, but this does sound really good! I may end up adding this series to my To-Do List at some point.
Click to expand...

It is a fantastic book series, and I highly recommend it to anyone who enjoys high fantasy and science fiction. It is very unique in its spin on things, which I love, and the characters are great. When you whittle down the list of potential reads, I very much hope you will love this one. =)

The Subtle Art of Not Giving a F*ck by Mark Manson. Definitely bought this because of the cover and title, but it’s not too bad so far.

The Stand by Stephen King. I’ve seen the trailers for the Amazon Prime series, but I’m a read it before I watch it type of person so I’m holding off on just binging the series.

I'm rereading the Ranger's Apprentice series. I'm fixing to start the second book.
I am also reading Alice Through the Looking Glass :}

I'm reading the Warrior Cats books, lol. Missed out on them as a kid and I'm really enjoying them now

Arkeddli said:
I'm reading the Warrior Cats books, lol. Missed out on them as a kid and I'm really enjoying them now

It’s a very good series! I was obsessed when I was younger lol

Currently reading the Harry Potter series again. I don’t reread it very often, but every now and then I get a craving to. I’m also rereading the first arc of the Warrior Cats series, because I haven’t picked one up in ages.

Warrior Cats seems to be a very popular choice amongst everybody in here!

Not books per se, but I've been dusting off some Shakespeares plays - particularly the Henrys. Good place to yoink some materials for my Groznyverse-related writing projects to complement the world a bit. Been trying out a script writing style as opposed to my usual novel-style RP writing and history-text writing initiatives. Needless to say, it is quite intriguing to blend some archaic dialogue elements with that of our modern lingo. I find it very inspiring, when it comes to Shakespeare prolific dialogues. Very vivid and layered enough that you tend to analyze them to get something out of it with different reads.

I’m just starting The Magicians trilogy by Lev Grossman after a friend’s recommendation. Apparently, it’s like a grown-up Harry Potter so I was immediately intrigued.

Currently into the Vampire Hunter D novellas. Very dark and not at all a welcoming atmosphere in an absolute garbage world. Loving it so far, although the nonstop "and D was just so beautiful everyone applauded" gets a bit annoying.

Currently I am reading The Secret Teachings of All Ages by Manly P. Hall. It's basically a giant encyclopedia about mythology, rituals, religious symbols and arcane mysteries. I really enjoy it because it made me realize despite how much I enjoy reading up on things like this, it proves that I really don't know much either at the same time. So it is constantly teaching me something new, and I have been keeping those little tab sticky note things in my book, and so far nearly every page I have read so far has at least two or three of those little tabs. I am also currently reading my astronomy textbooks for school but that's school stuff so who cares aha.

I have a NEVER ENDING list of books I'm currently reading. I've struggled to keep track of everything, even when I'm using goodreads. I have a goal of about 20 books to read by the end of the year and I'm BARELY half way through.

Shadow and Bone. Watched the TV show, absolutely adored it, read the Six of Crows duology and now I'm here.
You must log in or register to reply here.

Other What are you terrible at?
2

Literature What are you reading right now?
2 3 4 5