Supporter
OK!! So, I don't require character sheets. But if you want a place to store your character information then here it is.

I will edit this post in the future as I make more lore about them. 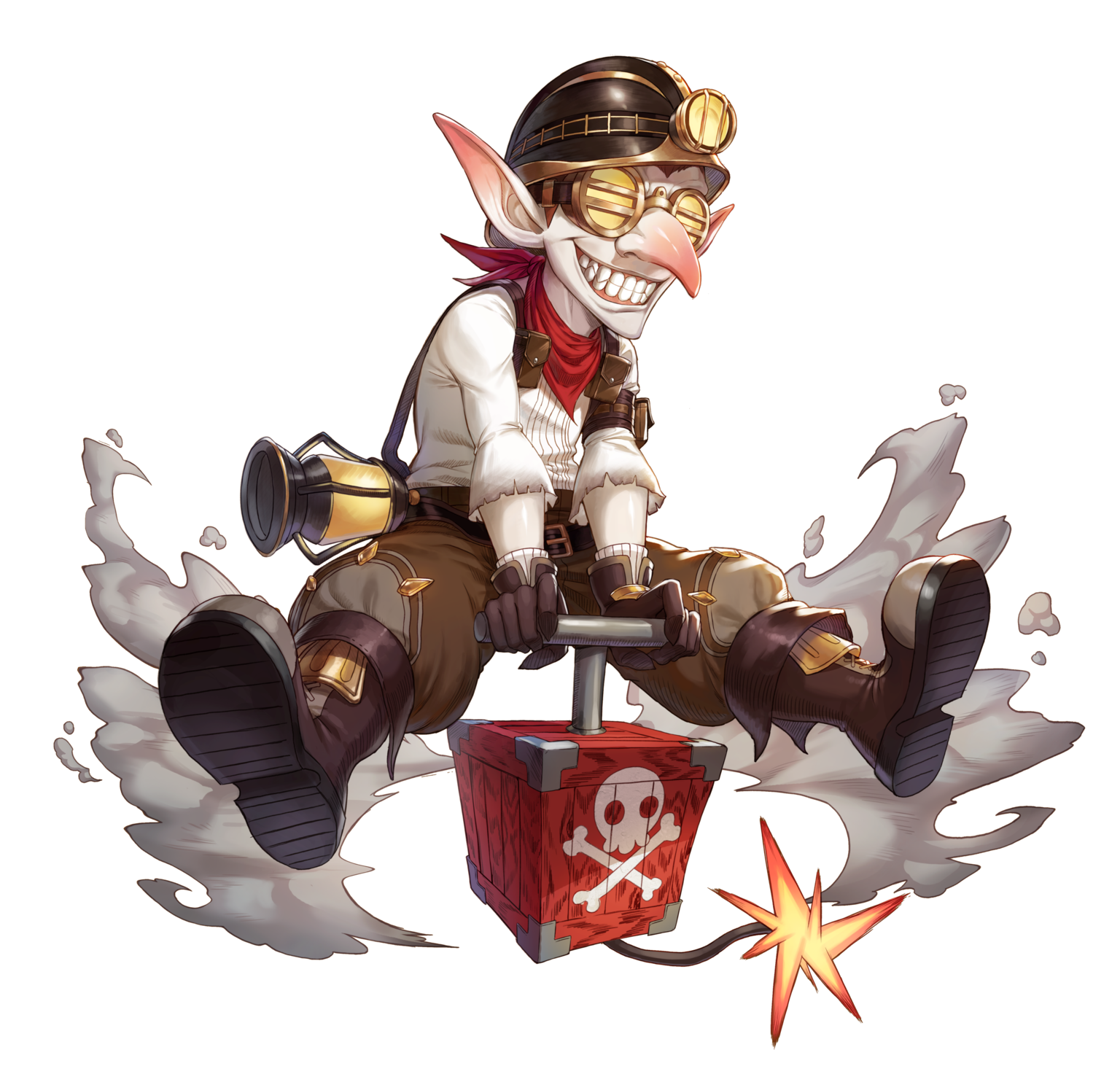 A goblin that comes from a dwarven settlement. In a journey to perfect his masterpiece, the golem. 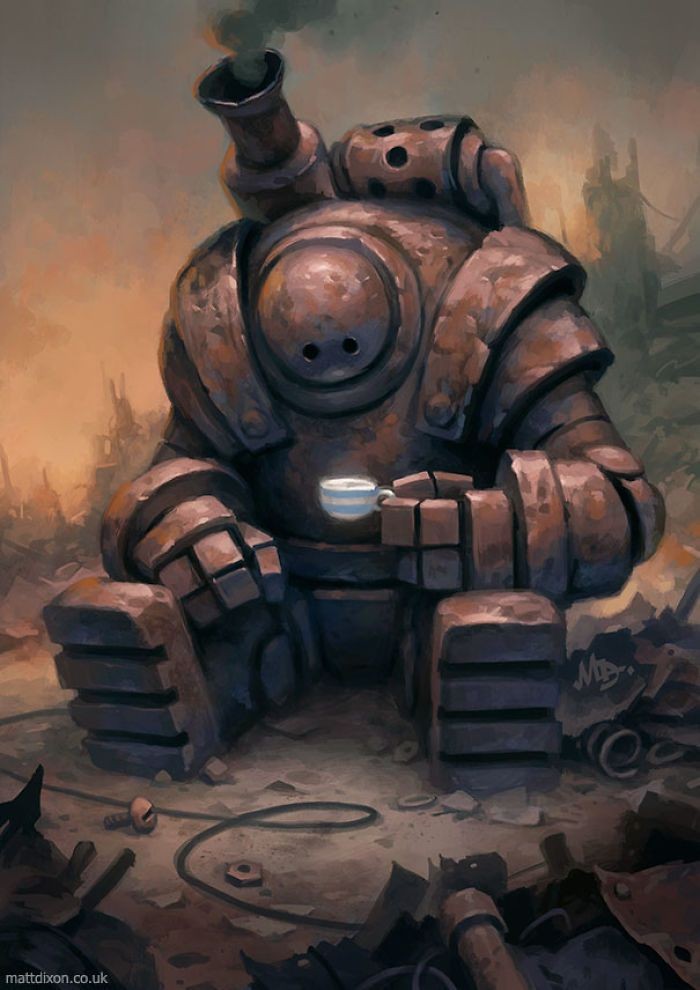 Semi-sentient steel golem. His belly was modified into that of a furnace so Thorin can do some smithing while traveling.

( It's basic and subject to little changes, and I shall add more details when I feel like it )
Name: Nate Sunworth
Age: 32
Race: Human
Class: Mage - healer
Alignment: Chaotic Good.
Current Mana: 100
Quick Backstory :
Nate grew up in a wealthy family until he became a teenager, and decided to live a virtuous life. He turned himself toward the arts of magic, and started his studies to become a mage. after many years, he achieved a satisfying level, and befriended a small spirit, a fairy who decided to follow, and sometimes help the young mage, though most of the time he just sticks around. He pactised with this spirit, to obtain healing abilities and actually become a healer.
Nate then started his life as a wandering mage, who would roam around and live from what people would give, and help them in exchange. He took a liking to women and alcohol though, his only sins, but remained before all a helpful person. He lost his aristocratic standards long ago, but sometimes he still shows more manners than the common folk.

Abilities: ( For if I ever get the motivation to list them properly)

- For healing, Nate can channel through himself his spirit friend's magic, or they can heal people themselves.

Ice pike rain (30): Multiple ice pikes forming up in the air, and then leaping at the target. 10s to form all the projectiles. 5s and cost 20 if rain is active.
Thunderstorm (30) : Conjures a sort of small storm, allowing for multiple lightning strikes in the zone, those would hit randomly in the area, following normal laws of physics. Harder to dodge if you are in the zone, since basically everything there ends up electrified. 10s cast, 5s and costs 20 if storm is active.

Advanced spells:
Ice pike(10): only one ice pike forming and leaping at the enemy. 5s to form a projectile, almost instant if rain is active.
Lightning strike(20): One strong discharge of lightning magic falling down on the target, 10s cast, 5s and 10 cost if storm is active.
Conjure storm (20): Nate channels magic toward the sky, invoking a storm. 10s cast, the storm then boosts lightning attacks.
Rain(10-20): Simple rain provoked by Nate, 10 if the weather was bad already, 20 otherwise. When it's raining, Nate's water and ice related spells are stronger.

Basic spells:
Wind coat (5 for him, 10 for target): A magic buff that makes the target feel lighter and move faster.
Wind blast(5): Nate blows a strong blast of air in one direction, can push light things or creatures a few feet away.
Water gun(5): Nate forms a small water pellet in his hand and shoots it in the simplest way, causing mostly little blunt damage.
Zap(10): A simple, rather weak strike of electricity emanating from Nate's hand and directed at a target in front. cost 5 if storm is active.

Zone effects:
Ice mist(10): A zone of variable size in where a mist appears. Said mist will condensate around any target and form ice on it. The longer one stays in the zone, the more ice forms, the ice is also quite easy to break if one reacts before it can accumulate to a correct amount, but if they don't it gets quite heavy then. If it is active, the falling rain will freeze fast on contact.

If Elre is with Nate, Healing mist(10 for each): a zone in which a mist interacts with everything, healing wounds at a slow rate and restoring stamina as well.

The mists are affected by weather conditions, and will last only half the time if there is any rain or thunderstorm/heavy wind.

Passive:
Water control: Nate can interact with existing water sources as well as freeze and melt water/ice at will.


Elre's spells:
With a starting 100 mana pool too.
Basic healing touch would cost around 5 for one light wounds, 10 for one heavy wound, and 20 for a fatal wound first aid, like barely reattaching a limb or stopping a fatal bleeding. A full body recovery from only light wounds would be 30.
For the full recovery of a fatally wounded person, 50.
By flying around and having some dust fall off him he could do a sort of low scale mass healing. The dust would numb the pain of those it falls on, as well as stop some bleeding and close the lighter wounds temporarily. I'd say the cost is 20 or 30, and can cover around 30 feet max.
Reinvigorating touch: Giving someone enough strength to stand and walk for a while even if they were on the verge of consciousness. Drains 10 per minute.
Erasing a curse, debuff, or magic kind of wound on one target would probably come at a high cost, drains 50 and gets Elre out of the fight for a moment then.

Nate wears simple clothes like these, and does have a partial face mask to hide a burn he got during his years of studies and experimentation. As one would know manhandling water and electricity at the same time can be tricky, Nate now wears it on his face.

The fairy following him around. Sometimes he make himself invisible but most of them time he roams around shamelessly. His name is Elre.
Last edited: Mar 1, 2021