Hello there adventurer this will be where you put your information on display of yourself. Get creative and use the many races and locations for homes to your advantage. There’s still a lot I have to build upon but I got the basics set up for you. Try to make interesting characters, trust me because I’m going to be working personally with each of you, your own story arcs, story growths, and personal involvement in the story. There are two main mcs, but everyone here is a MC and will get that treatment! Oh and last names are very important this is “anime”. *wink*.

Name:
Age:
Gender:
Species:
Team:
Appearance: (anime or fantasy)
Appearance 2: (This applies after the two year time skip that’ll take place during the story. If nothing is changed but their outfit then add the outfit or any changes)
Personality: (At least a paragraph)
Dream/Motivation:
D&D Alignment: ( Good, Neutral, Evil, Lawful)
Weapon:
Abilities: (The magic or powers of the character)
Personal Goal/Dream:
Family Bio: (Optional if your last name holds some sort of meaning to the world)
Bio: (At least two paragraphs if you want their story to unfold throughout the story)
Equipment: Optional
Birthday:
Other: 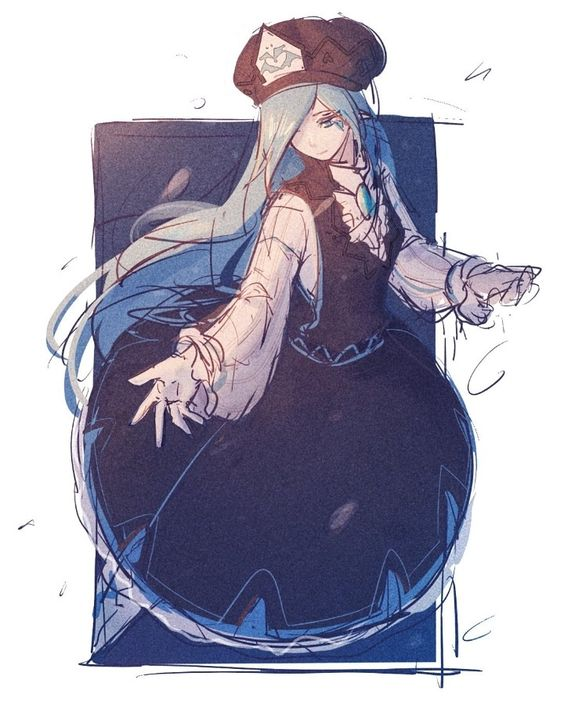 Personality: She is a quiet, nervous and shy girl who has little confidence in herself but is kind and helpful when she can. Her anxiousness can sometimes make her annoying, her goals and money are the only things that currently motivate her. She wants to become stronger but her low self confidence usually gets in the way. Despite this she tries her best to be as useful as she can if she finds the result worth it.
Dream/Motivation: To achieve a better, peaceful future and keep the Elstone safe
D&D Alignment: Neutral good
Weapon: Longbow 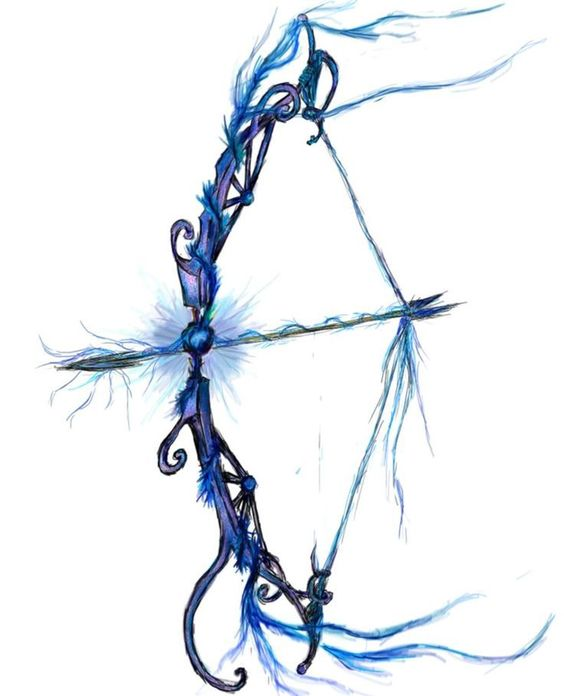 Abilities: Water magic, is practising Ice make magic.
Personal Goal/Dream: To live a better, normal life away from her family or anything that bothers her.
Family Bio: Her parents are well known in Gaia for their wealth.
Bio: Tauriel and her two siblings grew up in a strict family that was famous in Gaia for their money and deeds around the place. She never had a close relationship with her parents or brother and sister, she was seen as the most disappointing member of the family because she wasn’t powerful like the rest, as a result she barely has any confidence about anything even if she’s good at it. She would go outside a lot by herself so she could deal with her parents as little as possible.
One day, while she was exploring nature she stumbled upon the temple where the Elstone was being kept. She couldn’t believe that a person like her managed to get this close to it but her fate was sealed, she was chosen that day as an El priestess. Her parents finally realised her potential but she never made the effort to fix the relationship between them and spent most of her days around discovering more about her abilities so she could live up to her role as a priestess.
Equipment: Usually has some forgotten coins in her pockets or bag and her silver knife.
Birthday: March 7
Other:
-She is a new El priestess and despite her having a lot of magic she is still learning how to master her abilities while discovering new ones. She has a long way to go.
-She loves fantasy and romance books.
-Her priestess mark is on her right shoulder but has covered both of them with bandages under her clothes for safety.
Last edited: Thursday at 5:56 AM

Personality: Kai’s two dominant traits are his apparent lack of intelligence and his utter fearlessness. Kai’s personality is like that of a child's, in the sense that he tends to go to the extremes. He can either be extremely greedy, especially in cases of food, who his crew is, and adventure; or extraordinarily selfless, going so far as to virtually sacrifice himself to avenge or protect his friends, crew, and family. This childish mentality of his allows him to get to the root of the problem, and allows him to figure out the most simple way of solving it.

Kai also has an extreme thirst for adventure. Because of this adventurous nature, he tends to avoid taking 'the easy way out' at times. Kai approaches situations with a carefree attitude, almost never taking anything seriously. In spite of being captain, Kai does not take his duties very seriously, never being harsh or enforcing standards on his crew.

Kai, despite his carefree nature, has a righteous heart and respects the difference between right and wrong. He completely despises cruelty and wickedness and will assault anyone who indulges in such actions, no matter what the consequences may be. However, he tries not to hurt civilians, especially the people he likes, even if they intend to do harm to him, preferring to run from them instead.

Kai doesn’t want to seem like a hero, but he gives those who are the highest respect. Although not wanting to be a hero he carries an unknown urge to intake on chivalrous acts. He’ll help whoever is in need of it. As long as the outcome seems reasonable.

He loves his food and a good fight NO MATTER WHAT. Being prompted to combat is the main thrill of Kai and this will never change in him.

Personality 2: After the 2 year timeskip the only change to Kai’s personality is he’ll mature more and become more of a leader aiming for a higher state for himself and his team. Kai will take intense situations more seriously and have a better understanding.

Dream/Motivation: To become the strongest mage and most free man in the world. (Becoming the king of the world).
D&D Alignment: Good
Weapon: N/A
Abilities:
Family Bio: TBA
Bio: Kai grew up an “Orphan” under the care of one of the major guilds in Magnolia, “Dragon Heart”. Makarov treated Kai like his own Grandchild and built Kai the man he is now. Strong and fearless. He put Kai through continuous rigorous training and would constantly leave him in dangerous forest by himself for days. When Kai was old enough he would take on missions for the guild but would always need someone watching over him due to his lack of careness and constant accidental cause of property destruction. This cost the guild not only funds, but also having the magic council constantly breathing down Makarov’s neck. It never shook him or his carefree family oriented guild. Kai was given the message constantly by makarov that Dragon Heart was his true family and that his parents were sadly dead. Hurting the young boy at first he grew to accept his family of crazy charismatic groups of people. Makarov told Kai the straw hat came with him to the guild’s front door when he was only a baby. Making the hat a treasure that Kai unknowingly respected and defended with his life.

Kai always accompanied Makarov in important guild master meetings and even taking trips with him to visit the council meetings for good or bad reasons. He never really took missions far from Magnolia like the other guild members and constantly got into fights with the other guild members for fun spars. His rival will always be Vali who’s a year older and constantly mocks him. Erza is Kai’s inspiration due to her strong will and her absence from the guild two years ago. She left to represent the guild in the Magi-Chain.

The boy always had his eye on one of the absent members of the guild whose picture was on the wall of fame. His name was Mizuki. The man was said to be the strongest member of the guild, but went missing for unknown reasons. He also grew a strange hunger from adventure after hearing the story of the Wizard King. The man who was at the top of the Magi-Chain and became the king of the world. He was said to have a treasure that if anyone were to find it they would have the key and answers to the world entitling them to the king of the world.
Equipment: N/A
Birthday: September 27
Other: Loves to eat.