I'll post mine tomorrow when I am able to, currently am neck-deep in studying for my next 3-4 weeks of exams so I also may not be too active on a daily basis, but I'll try and spare some time every day to check up on this once it begins. x)

Since I'm already here, I have a question about kin. My character has family, of course, and some history with them and there are some details about the cats themselves. I don't particularly want to roleplay any of them, but should I put up some info about them under Kin anyway?

Skitts Yes that's perfectly fine! They can be NPC's of sort, meaning they're there, but not necessarily an actual active character.

TerrorKitty
Thanks for reminding me, will get to that now 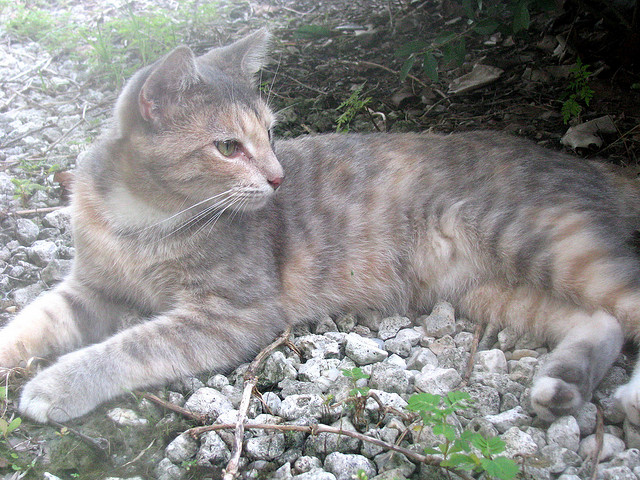 The prefix came from her being the only dilute cat of the litter, a 'bright' pale spot in the mostly black pile of three.​
The suffix would be changed at her warrior ceremony to 'dawn' due to her being known in the Clan as a serene, often quiet cat.​
Rank:

Long-tailed, long-legged and pale, the torbie tends to sit or lie alone around the edges of the camp when not out training, observing day-to-day Clan life with her pale yellow gaze.​

+ a very calm cat, which helps her remain mostly in control in moments of panic, a skill that betters with age​
+ observant, serving to her being a good friend who does not need much told to understand a lot of what is going on​
+ prefers logic to emotion, which is a good quality in situations of difficult choices​
- a bit of a "loner", which makes the cats she has not grown up close with wary of her; they do not know her well because she does not share much, and they cannot read her well, and therefore do not trust her 100%​
- due to relying more on logic, she would grow to be unfriendly with some of the emotion-driven cats, and would inspire distrust in some for not showing emotion to them​
- does not think non-Clan cats should be looked down upon like they are, like kittypets​
​
Miscellaneous:

Fighting:​
- a bit on the weak side and has a dislike for all the adrenaline - some believe she would be better off as a medicine cat​
- light on her paws - meaning both swift and stealthy​
History:

Brightkit was born to a dark tortoiseshell mother and dark brown tabby father with two siblings, a sister and a brother, who match their mother and father in pelts, respectively. She had a most common kittenhood, making friends amongst her peers, though she was less active than the others in whatever playing was going on, lacking a bit of energy and will to pursure incessant running and jumping around the nursery or camp. When she would be done with all the energy-spending, she would settle by the elders who sat outside, or would occasionally be let inside on the colder days, listening to their stories of when they were young. Still, she remained close to some of the other kits despite spending a lot of time isolated.​
Throughout their growing up, though, Brightkit and her sister came apart due to the dilute torbie's tendency to speak with logic, rather than emotion, the opposite of her sister - over their mother's death. Their brother, being somewhere in between, not as fiery as the emotional sister, is a mediator between the two, remaining in a good relationship with Brightkit.​

would not be opposed to new friends​
Mentor:

waiting to be assigned (I'll look at the current available mentors amongst the characters, but also anyone can PM me if they want an apprentice like Brightpaw)​
Kin:

yellow said:
Just a tentative check for a Warriors group!
I'd hope for a group of people who are at least semi-lit (capable of writing a paragraph in order to move a roleplay along), interested in developing characters & relationships and semi-active (not replying every day, but making an effort to check in regularly).
Essentially: A fun, laid-back Warrior Cats Roleplay, for the sake of nostalgia.
Thanks!
Click to expand...

I'm down to preform this if its still open. I have many characters and most of them need a fit backstory. ^^ could you give me more info? Like are we in the forest or lake territories? is there made up clans or the regular?

Roleplay Availability
Roleplay Type(s)
Also very interested to know if this is open??

I am Cpax, and Cpax means me

It has been so long since I RPd Warriors! If this is still open, I would love to join!
You must log in or register to reply here.