cs sheet; not up yet
character sheet

not up yet
rp thread

PLOT
The island of Neverland is very different from the stories told to young children across the world. Parts of it are true; the riddle of it’s location and the Island’s most famous resident, Pan. However it’s not a place of joy and laughter and adventures of a young playful boy versus the obvious villain Hook. Neverland in actuality is home to great cruelty and great fantasy. The Island’s people are divided into four factions; the pirates, the fairies, the sirens, and the lost boys. The title of Neverland is home to the powerful and terrifying Peter Pan, a spiteful and aggressive rule. He holds the pan flute, a tool said to be so strong that if played it would wipe out the entire island. Despite the atrocities commited against the other factions by Pan and his lost boys, the threat of the pan kept them submissive. That’s not to say the factions themselves were good, murder and theft were quite common after all on the island. Pan kept the factions in check, or at least he did till one fateful evening when he was discovered dead in his secret abode by his lost boys. In the fate of his death, they were to spread out and take out as many of the other factions members as they could before they followed in pan’s footsteps. If Pan was no longer a Neverland citizen then no one else was allowed to be. The pan flute’s location was to be hidden, and the only two lost boy’s with the map to the first clue were to separate and disappear. A great battle raged for many days as all the factions took great losses until finally the Lost Boy’s joined their Master on the other side. Now remained the question of who would be Neverland’s next King and which Faction would get to the Flute first. Yesterday’s battle is only the beginning, the greatest war Neverland has ever seen is about to begin.

SETTING
No one knows how Neverland came to be, but the Island has a magic about it. A dark and cruel one. It offers eternal youth after the age of 22, a gift that mortals would kill for. However in return for this gift, Neverland takes its due in blood. All the creatures that inhabit this place are much different from the ones on the mainland. The crocodiles lying in wait in the dark sea are three times the size and twice as vicious. the prey animals normally considered harmless by mainlanders; on Neverland are deadly carnivores with teeth as sharp as the Siren’s Claws. Even the plants and terrain itself are dangerous to the citizens. The climate seems to have a mind of its own, sometimes so hot the ground itself scorches your feet, and the next minute snow falls from the sky and the temperature drops to below zero. 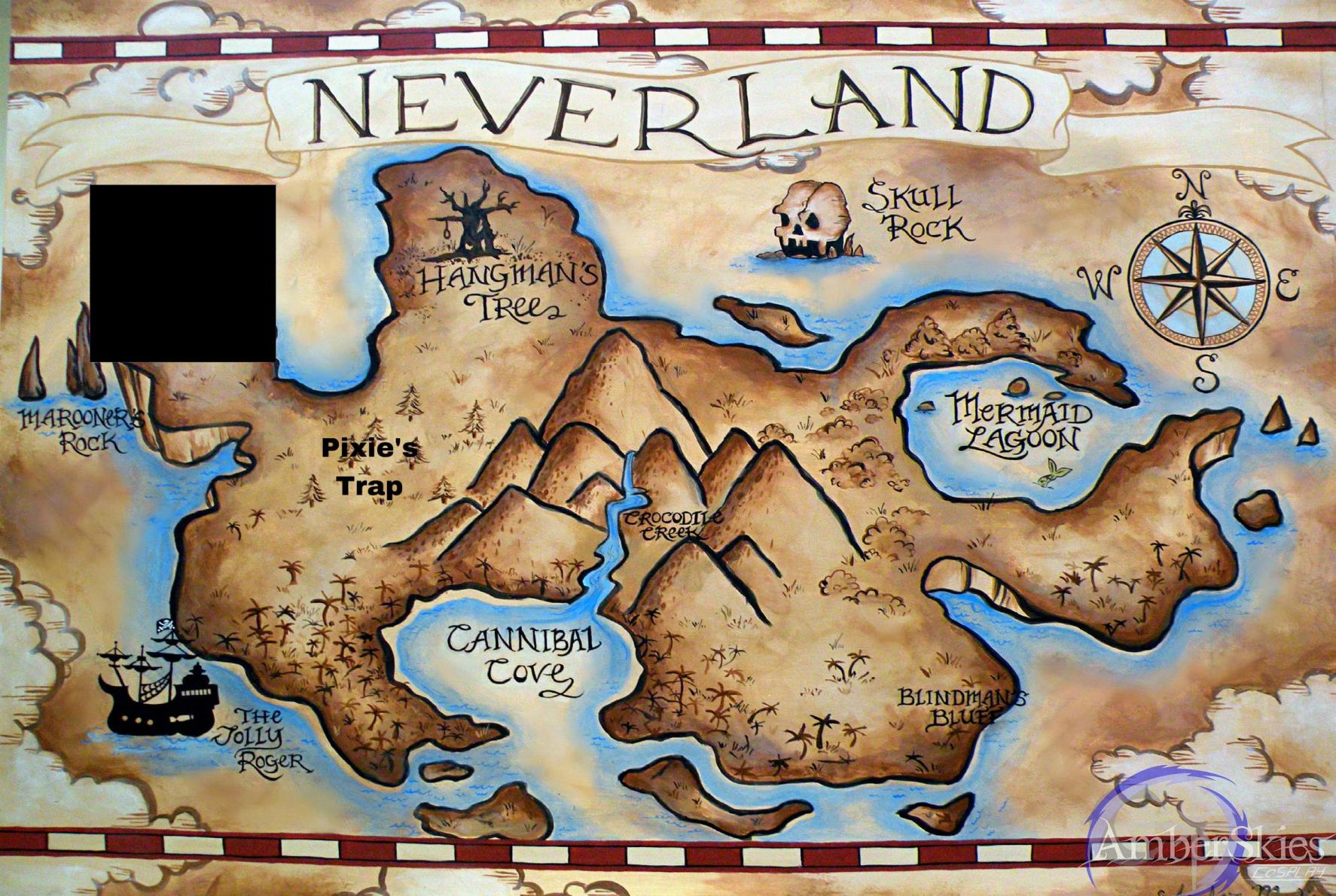 RULES
☆ Fcs must be art, no anime gifs or screencaps
☆ please be respectful to the other members of the thread
☆ if you have an issue please dm me or Goldie first
☆ no underage characters
☆ no real fcs. must be art but please dont have it be cartoony/incredaibly stylized. no screenshots of animes! Must fit into the thread theme
☆ keep your fcs in the right age range, please dont have one that looks 12
☆ no more than 2 characters per person, both need to be from different factions
☆ no godmodding
☆ for wordcount, a min of 500 is required but if you want to do more that is fine as well but remember quality over quality
☆ try to have different personalities and concepts then those around you
☆ must join the discord! plotting and character talk will happen there!

ROLES
THE SIRENS 5/6
Eerily beautiful and equally dangerous, they are creatures of the deep and reside within mermaid lagoon. They have a powerful call and claws that are as long and as sharp as crocodile’s teeth. Deadly in the water, any who step into their domain seldom make it out. Due to their residence being the deeps within the lagoon, they are rarely exposed to others besides as a meal, and thus are very codependent on each other. Unlike the other Factions the sirens are incredibly in sync and even have a special language that no human can replicate. There are two subspecies of Sirens, Deep Sea and the Shallows. The Sirens and the Pirates tend to clash the most as they share a similar territory.
THE PIRATES 5/6
A rambunctious group of humans, lost in some way from the mainland. Wether these are children who had been abandoned, adults who had been forsaken by friends and family, or ones who have no purpose and found themselves lost in their own life, all lost things in the end awaken on Neverland with no memory of their former life. The pirates are greedy and self serving, always looking for a way to gain power or gold. And for the very few, a way to the mainland. The pirate’s crew led by the former Captain Hook, now missing in action, are all humans with great skill in sword ship and weaponry. Their greatest threat are the sirens and the two factions are almost constantly locked in a battle due to the great Siren Massacre many years ago.
ROLES ABOARD THE SHIP;
THE FAIRIES 6/6
Cute but vicious, these tricksters are why it is never safe to tread through the woods of Neverland. Their villages are scattered amongst the forest, hidden by the forces of nature in which they are innately connected. Previously their territory, the island, was shared with Pan and the lost boys. After their deaths, the Fairies have become the lands number one threat. Each fairy is born with a magical affinity, designated under one of three types of magic: mental, physical, or elemental. They also have the ability to grow to the same size as a regular person, normally being much smaller. They have no specific battles to pick with the other factions, as their main enemies were the lost boys. Fairies from all over neverland have come together to represent their faction in finding the flute.

More information in the discord!

Sug and Norn— the best parents

How dark are we talking about?

Bionaire said:
How dark are we talking about?
Click to expand...

Hi! So when I say dark fantasy, Im leaning more towards the YA side in Novel terms lol. There will be violence, and for example the sirens do eat humans/ect but nothing will be overly described to the point of gore. There’s dark elements but nothing that would make this thread super R rated. And if anyone has any triggers they can let me know and I’ll make sure parts that include those triggers are spoilered in all posts! Hope that makes sense!

Totally makes sense. I'll take a longer look at stuff before throwing my interest in. Thanks!

For anyone interested here’s the plotting discord! It has a lot more info there and you can ask us any questions you have as well!

You had me at neverland. Also can I claim a fairy spot?

animegirl20 said:
You had me at neverland. Also can I claim a fairy spot?
Click to expand...

Of course! Hop into the discord when you can!

The third shallow siren spot has opened up!

Not all those who wander are lost

Nornslayer said:
The third shallow siren spot has opened up!
Click to expand...

Are the sirens limited to just the water areas or would they be able to traverse across the land?

Roleplay Availability
Roleplay Type(s)
Hey Savannah! There is more info in this discord, but sirens can be humans for up to an hour I believe or they start drying out and risk turning to dust.

Ooooh I’d love to have a fairy and a pirate captain!

Emotional Enigma said:
Ooooh I’d love to have a fairy and a pirate captain!
Click to expand...

Unfortunately as it shows in the previous post, all the fairy spots are taken! So is Captain for the pirates but there are two crewmates positions open for Pirates!

Nornslayer said:
Unfortunately as it shows in the previous post, all the fairy spots are taken! So is Captain for the pirates but there are two crewmates positions open for Pirates!
Click to expand...

THERE ARE ONLY TWO OPEN SPOTS REMAINING !!

be loyal to what matters

i just noticed this and it’s mine

Is this roleplay still opened?

Roleplay Availability
Roleplay Type(s)
Don't quote me on it, wait for nornslayer, but I think at the moment its full now.

NevermoreCheesecake said:
Is this roleplay still opened?
Click to expand...

NevermoreCheesecake A fairy and pirate position just opened up if you’re still interested!!
You must log in or register to reply here.