VALOROUS ORDE
R
V
A
PHASE ONE
THE PARADOX RAVEN
EXCELSIUM ARCHIVE
S
INSIGNIUS
INTEREST
REGISTRATION
LORE
CHARACTERS
ROLEPLAY
SYNOPSIS.
On a large world known as “Agartha” lays the greatest sprawling cities of the powerful Empyrian Empire, the former being the latter’s capital world. Magic of all kinds and of varying power is incredibly commonplace thanks to the world’s rather unique core of arcane nature. These schools of magic have long since fused with technology as well, drastically affecting development in lights both positive and negative.It is the year 709 in the Empyrian Calendar. “Empyria,” as the Empire as a whole is usually called, has stood fast against many a threat to its sacrosanct sovereignty that has always taken the shape of outside forces weak and powerful. Always proving itself ever resilient in spite of many costly battles and wars that have ravaged its territories, Empyria survives the arduous journey and thrives in the peace where it heals its wounds, gazing at the stars with great interest as it readies its sword and shield to fight against those who would oppose it and its peoples’ interests. But not all threats come from without. Hidden within its splendor is a shadow cast by its great radiance – foreboding whispers of a group known as the “Arcalion Syndicate” are heard in the corners of Empyria. This syndicate has been growing and biding its time with every calculated move, looking to subvert Empyria for causes unknown. All it awaits is one opportune moment for it to finally bare its fangs and wage its war, a war that it has steeled itself for for years. Is this Arcalion Syndicate a truly evil force that seeks to bathe Empyria in the darkness of chaos or is it something more? Surely enough, reality would never prove itself to be so simple.
GM NOTES.
Valorous Order is an extremely long term roleplay. To give further insight, defeating the Arcalion Syndicate would mark the transition between Valorous Order’s first and second of many arcs. The roleplay is likely to cover 8-12 arcs, although the number of arcs is subject to change at any time. Players are prohibited from playing as members of the Arcalion Syndicate, as the faction’s main purpose is to expand on the lore.On further note, all who express interest in Valorous Order are welcome to submit a character application. However, the GMs will only accept a total of 12 characters and will reject applications that do not meet the requirements or are submitted later than the allotted time. During this process, the lead GM will review two applications at a time.The OOC Discord server will be offered privately. The standard character template will be provided in 12-24 hours.Lead Admin:

I hope it's alright to make my intentions to join this known here! As always, I'm always happy to see the labour of love poured into the projects you make. This is honestly an insane display and knowing exactly who is on board with you to run the show, I know it's not only full of talent, but also helpful minds and steady hands. I can't wait to immerse myself into the world (once again) if my ass makes it past application review.

Declaring my interest! I saw the coding in floating in BBCode section and this looks like a cool idea~

Damafaud said:
Declaring my interest! I saw the coding in floating in BBCode section and this looks like a cool idea~
Click to expand...

Welcome! We'll make sure to ping you once the application template is out. 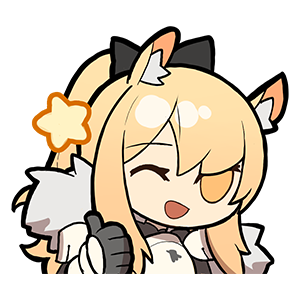 The registration form is now out.

Please note that to participate, you must mark your interest on this thread with a comment.

Hello, I'm interested and would love to be a part of this if you'll have me ^^

Everyone is welcomed to start on their registration whenever they are able. There is no accepted deadline, as the first 12 to get their applications approved will mark the end. If additional information is required and it's not stated on the lore page, please ask them here.

And everyone else who may show interest in the future.

you ask a bartender for a 2020 and he molotovs you

I finished doing a read-over of all the lore (will need to revisit it a few times until it all sinks in lol) but I do have a couple questions!

It says in the lore that 9 of the 12 original Cataracts are stored in a vault -- does this mean that the Cataracts are physical objects? Are they like genshin visions in that they're physical objects but they only really work for the person they were born to? Also, when it says they're called Cataracts because of the way they're activated, what does that mean? Does it just make your eyes go cloudy in like a cool anime magic attack sequence sort of way lol?

Also, did I miss where the information about races was, or is that not up yet?

Also also, do we get to choose our faction ourselves? (that's what the iscariots/magic fbi/etc are called, factions, right?)

I thonk, therefore I am

Your character applications will be checked based on two criteria on a case-by-case basis:

1. Your understanding of the roleplay and its objectives.
2. How well your application will fit into the story and its concepts.

Structural or grammatical errors in your writing are totally okay. For the second criteria, you are expected to only have your planned character be affiliated with any of the mentioned groups or institutions in the registration thread to ease GM management and your character's integration into the roleplay.

There are discussions at the moment regarding changes for Cataract's identity as a whole, to help balance the powers. So the texts written on the lore may be switched later with more accurate information. Regardless, I'll state one confirmed change and then answer your questions.

Exousiarch is the absolute validation of one’s noble status. Its visuals are located on the upper posterior of the bearer, taking the form of a wide insignia of one’s bloodline. The Exousiarch is not constant. Activation is required for the benefits to be applied. Upon activation, the user’s eyes will illuminate in azure blue and the Exousiarch mark will expand around the body, giving it a glowing effect. The color of the Exousiarch can vary depending on the color of the user’s incarce after it has been converted along with the Phantasma Affinity.

When extracted (which is only possible via a device called the Soulburner), the Exousiarch becomes a physical object, and that's how it is stored. A normal Exousiarch takes form of a blue energy cube that is roughly the size of a baseball.

Similar to Genshin's Visions, Exousiarchs work best with its birthright owner but that can change if the new owner is capable of using the Exousiarch for themselves. Though I should mention that all Exousiarchs extracted from their owner are locked behind a vault. Nobilities aren't allowed to gift their own/other's Exousiarchs unless they are able to gain permission from either the Ruler of Empyria or the Symbol of Divinity.

Exousiarchs are sensitive objects and like other WMDs, they are closely supervised so the blood of the nobility doesn't spread to the common folk.


lunar_moth said:
Also, when it says they're called Cataracts because of the way they're activated, what does that mean? Does it just make your eyes go cloudy in like a cool anime magic attack sequence sort of way lol?
Click to expand...

Precisely. The pupils usually emit a light that closely resembles a Cataract.

Speaking of, the term "Cataract" will now be considered slang used by the common folk to describe nobility.


lunar_moth said:
Also, did I miss where the information about races was, or is that not up yet?
Click to expand...

That's still being worked on but here's the gist of the currently available races.

Exhelians are humans who have been augmented by the arcane magic of Agartha, granting them the capability to cast magic, better physical functions, and more varied physical traits such as hair and eye colors that can encompass the color wheel (ANIMU MOMENT). They also have longer lifespans and better physical strength, agility, endurance, and the like.

Demonoids are a conglomeration of different subcategories/subspecies and are humanoid. They have the physical features of demons but they need not look like total demons from religious texts, apocryphal or otherwise. They can also look completely human. They have better magical affinities than Exhelians and live significantly longer among other benefits.

Hyzurians are also a conglomeration of different subcategories/subspecies and are also humanoid. The difference is that they have the physical features of animals such as fox ears and a fox tail, or the feline equivalents, etc. but do be reminded that they are usually of the kemonomimi kind, not the furry kind. The benefits of being Hyzurian are usually in line with what subspecies a Hyzurian is part of.

Revenants are a vampiric species that also physically resemble Exhelians. They have the typical traits of a vampire, but not the weaknesses of one. They excel in a particular kind of magic that is somewhat obvious given their vampirism.

The Phenex are another set of humanoids with the capability to manifest fiery wings and excel in fire magic or pyromancy. They are akin to dragons in a way.

I should also redundantly mention that only humanoid races are available, as we'd like to keep it rather simple.


lunar_moth said:
Also also, do we get to choose our faction ourselves? (that's what the iscariots/magic fbi/etc are called, factions, right?)
Click to expand...

Yes. We'll most likely only allow 3 characters per faction.

I'll also answer an additional question before someone asks.

Technology
Empyrian technology has drastically advanced over the course of seven centuries. The advancement of standard and weapons technology has proven Empyria to be the fastest-growing empire to date, as the nation is now capable of producing antimatter ammunition, faster-than-light (FTL) travel, and other powerful weapons unfamiliar to surrounding civilizations. Even with the available machinery, the empire values its traditional procedure and imbues the latest technology with medieval components such as swords and bows, tremendously upgrading the standard weaponry.

Awesome thank u for the information

Arknight said:
Speaking of, the term "Cataract" will now be considered slang used by the common folk to describe nobility.
Click to expand...

You can come up with any creative slang, lol.

Serobliss do the ranks of the Iscariots follow the numerical order of the major arcana, and if so, does The Fool count as 0 or 22

Serobliss do the ranks of the Iscariots follow the numerical order of the major arcana, and if so, does The Fool count as 0 or 22
Click to expand...

It'd count as 0. The ranks are based on accomplishments.

Arknight said:
It'd count as 0. The ranks are based on accomplishments.
Click to expand...

Mm. Would 21/The World be the highest rank, and The Fool/Magician be right at the bottom? Or is it the other way around?

simj22 said:
Mm. Would 21/The World be the highest rank, and The Fool/Magician be right at the bottom? Or is it the other way around?
Click to expand...

Ah, I should've mentioned in the organization description that for the Iscariots, The Fool (0) is the equivalent of a trump card. The operatives that are associated with that rank are considered valuable. A jack of all trades, master of none type deal. The World (21) is the highest rank possible excluding the leader of the organization.
You must log in or register to reply here.