A Wild Fay Has Appeared! 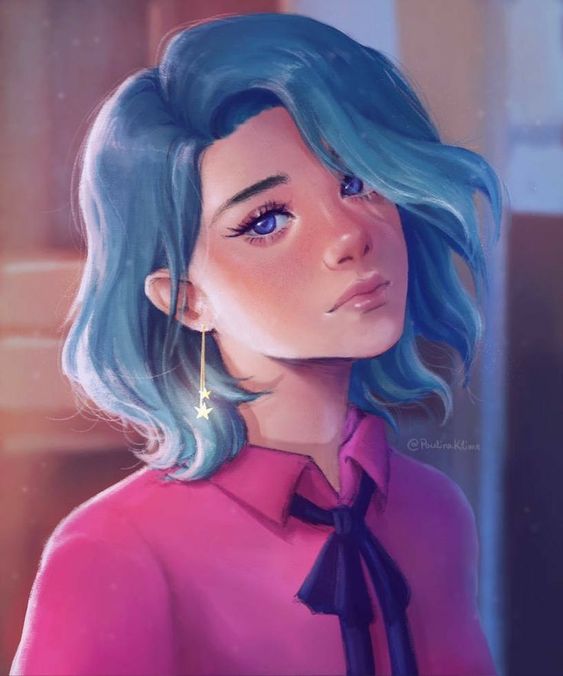 Eddy stood outside the rift building with the most confused look on her face. She was shocked, flabergasted, and just plain old confused of what the last 18 minutes of her life was. She stood there in her usual work uniform- athleasure clothes with an oversized "5th Ward Investigators" company jacket on her back. She held awkwardly a large duffel bag with "Haven City" stitched on it, a folder of paperwork, a new ID, a bag of cookies, and memories of fake smiles.

She was just doing a normal mission work back in the 5th Ward, chasing after a nasty gargoyle when suddenly there was a flash of bright light. She then was tumbling out onto a metal floor with this giant ominous magical rift behind her. People in lab coats and military personal came at her, which of course made her draw her gun. They clearly tranquilized her as the next thing she knew she was laying in some sort of nurse's office. She still had no idea how much time had passed since she came to the facility, but as soon as she was awake, for a full 18 minutes she was just pushed from one thing to another.

Eddy looked back at the strange facility behind her. The modern architecture felt more like a prison than a sort of custom's office. Though she proceeded to watch people coming and going from the doors behind her. They didn't give her any mind as she stared. There was one guy
who was easily 8 feet tall talking with a... cat... walking on two legs.... She rubbed her eyes and just stared out at the city. There were weird people all about. In a way... it was like she was home back at the office, but to see a full city of people like her... it was... different. She found herself wandering down the walk way towards the street and just proceeded to stare at the people and the odd architecture around her. It was like the city was a mesh of styles, but had this similar underlying theme to it all. Kind of futuristic, but kind of something she was used to seeing back at her home.

"Excuse me," Eddy finally said asking a business looking woman passing by the front of the building, "hi, sorry, um... what is this place?"

Eddy had an accent akin to someone from the UK, maybe with a fantasy tone to it. Kind of different from her casual attire.

The lady looked at Eddy, then the building, and gave this tired sigh, "another one huh. The city just keeps on growing."

"Sorry, it's not your fault you're confused. You're in Haven City. Center place of weird," she pointed to the folder she was holding, "I recommend just finding a good place to get a cup of coffee and read up. You'll be busy."

Without another word the lady waved and moved on with her day. Eddy still stood there absolutely confused. The cookies were also making her hungry, so maybe coffee was what she needed now. She looked back up and around. At this point, maybe just picking a direction would be good... so she decided to go right and just started looking around for a place where she could sit and be alone.

Wandering for about twenty minutes, she found herself completely lost. It was like the city went on and on no matter what street she went down. She was tempted to just fly around, but stopped when she spotted a retro looking diner down the road. There were no cars in the cracked, dusty, parking lot, and the neon lights gave a nice and warm "hum" as if they were about to die at any moment.

"Pam's," she read the neon letters above the entry. She walked in and was immediately met with a warmth of atmosphere. Old music was playing on a jukebox, she could smell pancakes, and of course glorious coffee.

"Well lookie here," a voice called from the store. Looking up there was a woman with perfectly curled hair and smile. Maybe thirty something? Forty something? It was hard to tell with the get-up she was wearing, "sit wherever you'd like, miss. I'll be over in a jiffy."

Eddie awkwardly nodded and slid into the closest booth seat. Well, she found a spot, even if it was a little on the older side. She should probably get reading.

Further down the diner, passed the velvet booth Eddie had plopped herself down in, a door swung wide. It sat between the back bar, a three hundred and sixty degree counter top bathed in neon, and the sleek wooden daytime dining top. Out stepped a pair of sneakers, modified with metallic toes. They clacked when making contact with the checkered floor of the establishment, leaving a trail of water as they went. Following the shoes up, a young man wore them. his auburn jacket, accented by brown padding across the rear shoulders and pushed up to the same feature at the elbows, was worn baggy on him. His jeans were speckled with wet splotches, and his fingerless gloves were soaked through entirely. He moved the hands within them to his brow, wiping away some of that floofed brown hair.

"Alright Pam, that's the plumbing all hooked up. Just make sure you ask what everyone ate before you hand them the key, cuz anything from the brisket sandwich up'll plow right through- my seat," his report was cut short as his eyes fell on the new arrival. Specifically the new arrival sat down right in his usual booth. He stood with a drooped head, hands on his hips as he gave a sigh. "Pam! We've discussed this,"

"Oh keep your head on!" came her response from the back. "I'm running a business here, hon! And I don't see your name anywhere on that booth," she had emerged back out from behind the kitchen's swinging door. With a menu in one hand and a pot of coffee in the other, she approached the booth. "There ya are, hon," she cooed setting the pamphlet down before Eddie. "And you, quit your bellyaching and come get your coffee," she put the pot down on the counter, next to a mug. "Nice and hot, the whole pot."

The young man stood, head still to the ground but eyes tracking Pam as she left. Conceding he waltzed over to the counter, perching himself atop a stool before pouring his coffee. Once filled, he placed the pot down with a clink. "So. New in town, huh?" he saw the standard issued Haven City bag given to new arrivals.
You must log in or register to reply here.