It's lonely in the deep

It's lonely in the deep

Two realms, one being

Two realms, one being

heartbeat on the high line 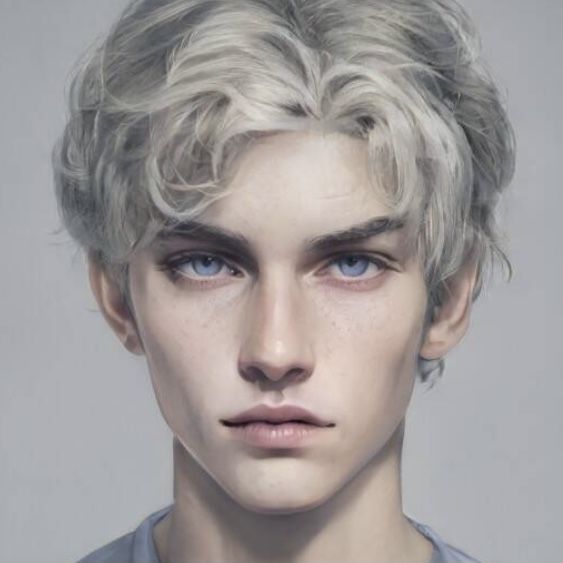 they’d all be so disappointed,
cause who am i if not exploited?​
❝ cursory information. ❞
【full name】— Anders Olsson.
【nickname(s)】— If you call him anything other than Anders, he'll probably kill you.
【gender】— Male
【age】— 18
【sexuality】— Homosexual
❝ visage. ❞

Anders could easily be described as pretty. Despite the fact that his appearance is not a result of the experiments done on him, it's only fitting that a siren should look the way he does. He looks a bit younger than he is and most likely always will, particularly with his facial structure. His eyes are a bright blue that contrast against his platinum, almost-white hair, giving him an icy look that matches his personality. He stands at 5'10, not particularly tall, but not particularly short either, and if very lean with little muscle. His most notable feature is definitely his hair. His body is unmodified by way of piercings and tattoos, although he's always wanted both.
❝ persona. ❞

【vices】
Defensive - He will argue about anything and everything, especially if it's in reference to him.
Sarcastic - His favourite way of speaking.
Passive-aggressive - Pretty self-explanatory. He's petty.
Insecure - Less obvious to those who don't know him, but Anders feels very insecure in himself; he's just insecure about his existence in general.
Uncooperative - When he doesn't want to cooperate, there's no chance in Hell that he will.
【virtues】Observant - Anders spends a lot of time staying quiet and just watching and observing, as well as eavesdropping, so it's likely he knows more than others may think.
Non-judgemental - Well, in a way. he's not judging everybody, he just doesn't like them.
Reliable - If you give him a job to do, and he agrees, he will do it to the best of his ability.
Independent - Fiercely so.
Alert - Anders is almost constantly on edge.
【general personality】— Anders is a very difficult person to like. Sometimes he could be describes as akin to a moody teenager. He doesn't like other people so he doesn't want them to like him. He is fiercely independent, much preferring to work or be by himself than with other people. He prefers to watch and observe rather than be part of a conversation, unless he feels a need to be defensive and argumentative - which happens more often than some people expect. He refuses to let himself get attached to anybody because he refuses to let hmself be hurt or vulnerable. As well as this, Anders is just very insecure in himself. He doesn't really see the purpose of his life and he doesn't know what he would want to do if he lived normally. When he becomes close with someone, he would literally get into a fight for them. His defensive nature carries over to his friends and loved ones, few as they might be.
❝ abilities. ❞

【powers】
Siren Song - Unlike a Siren from mythology, Anders' Siren Song doesn't come from his voice. Instead, he is able to use his hand to change air frequency and direct it to those who he wishes to control as if 'singing' to them. Generally, he can only guide where his victims walk - sometimes he will guide them into the line of fire, or toward himself where he can then kill/incapacitate them.
Telepathy - While physically touching someone, Anders can read their minds if he so wishes.
Speed Swimming - Although he does not shift into a Siren, Anders can swim much faster than the average human, as well as breathe underwater.
Scale Armor - Instead of shifting, Anders can cover a small part of his body (of his choice) with almost iron-like scales by way of armor.
【weaknesses】—Although he can make a small part of himself 'armored' by scales at will, he can only armor an area the size of a 5 diameter circle. Otherwise, he is completely human and is susceptible to physical harm.
While he can breathe underwater for longer than the average human, he is still limited and can only hold his breath for 40 minutes, an hour at the absolute maximum.
With his Siren Song, he is only able to control people that he has had physical contact with in the past/at any point. He can also only control a maximum of three people at the same time. Additionally, his telepathy only works while he is physically touching somebody.
❝ background. ❞
Anders was born originally in Sweden to a couple who already had two children, and then four more after him. His childhood was generally peaceful - his family was wealthy enough and his parents were kind. Anders was much closer with his father than he was with his mother, however, as she was almost always preoccupied with his younger siblings. When Anders was 12, they moved to the United States.

While Anders was in high school, his father, a noble and moralistic man, joined the war. Anders was devasted - sixteen years old, he knew the dangers and sacrifices of war. His father, in attempts to keep Anders' spirits up, would 'train' with him and teach him to fight. This meant that, a few years later, when Anders would be taken, he would have some minimal knowledge of combat.

Shortly after leaving the war, predictably, Anders' father died. Anders was heartbroken and instantly closed himself off. His mother, equally, if not more heartbroken, could barely stand to be around Anders, as he was by far the closest to his father. A few months after his father's death, one of Anders' younger siblings grew very sick and was hospitalised. Anders knew he couldn't bear to be at home any longer, so he left without a word. He cared for his siblings but knows that they will be relatively safe with his mother. As for his younger sister who was in hospital, he knew he would visit her every now and then when he could, without his mother and the rest of his family.

His way of living for a few months was just to squat in abandoned, sometimes half-destroyed buildings, putting himself in a pretty vulnerable position. Of course, that was how he was taken only recently, shortly after turning at 18. He is definitely one of the more difficult victims of experimentation, picking fights when and where he could and often trying to escape.