Realistic or Modern Strangers in a Strange Land 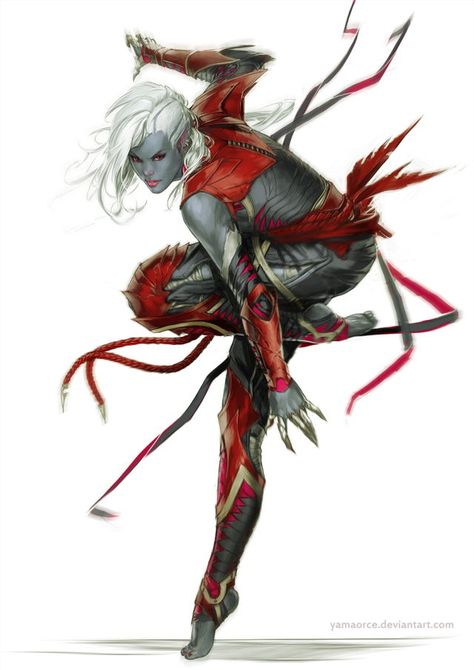 Welcome to the Shire of Owls Nest. This is the name of the SCA group in Kennesaw / Acworth, GA. The SCA, for those unfamiliar, is a Middle Ages re-creation group. This particular group is largely composed of students from Kennesaw State University. Often these same members are also into roleplaying games.

And this is how you met HER. She had been hanging around your roleplaying group on campus, just hovering in hearing distance. But then someone said something that she snickered at. One of the guys was playing a female character and had loaded his character with so many weapons that they wouldn’t be able to move in combat. You, being in a group like the SCA, and a fighter in that organization, understood this.

SHE didn’t seem to care for the roleplaying game as much as the SCA. She has seen you at a fighter’s practice, watching from a distance.

Unbeknownst to you, she is not of this world. She - and her friends - are refugees from a fantasy realm. She doesn’t stand out as badly as some of her friends. So she went forth to secure their needs. Naturally she was drawn in by the familiarity of the training weapons you used. (She and her friends only have real weapons …)

Rae (short for Raeaeae’Uss)
Rae wears a Protocol Ring, a magical device that helps her pass herself off as a local. She will appear human, very graceful with a face that would look good as an elf in some fantasy movie. Her clothing will look like regular clothes, but as close to what she actually wears.

Rae is scouting for supplies for her and her friends. Some of the supplies she needs are going to be nearly impossible to find. One of her friends is desparate for mana. Earth is a low mana realm. Unfortunately her friends would have a much harder time passing themselves off as human and tend to get into trouble. (Basically … two half orcs and a winged female).

Toward that end she is going to try to enlist the aid of a friendly local.

Your Character
Well, this is an FxM RP. So you need a male character. Athletics will help. But you can make more than one character. Maybe your character has friends in his rpg group. I will mostly be using quality fantasy art for the characters rather than photos as I normally do.

The backstory of the meeting above is not set in stone, just one option. Basically Rae is on foot, so her options are limited.

Plot
Survival in a Modern setting is one option. Or returning with the ladies to their realm is another. I am still working on thoughts here. If you join them trying to return home, we might even have us end up in a different realm.

Multiple Settings In search of a new partner