This is a fan fiction tribute to the original TV series, Gilligan's Island, but brought to a more modern origin story, cast and technology. It will NOT be a comedy however. Each character will be partly defined, but need to be fleshed out. With modern technology there is no way a storm could be missed as badly as the one in the original series. So this is going to be a freak storm never mentioned by the weather services. Our yacht is going to be a good deal more modern and luxurious - worthy of the billionaires and a movie star. And the trip will begin as a tour of the Mediterranean.

I did research the original characters and will be drawing some from that, but with some original spins.

Each of you will select a character and give him/her a name. You do NOT need to use the original series names. In fact, I prefer you don’t. I have left them mostly barebones for a reason. Each of you should flesh the character out a bit. I have built in some relationship backgrounds for some of the characters.

There is limited room on the ship. If anyone gets the Stateroom, it is the billionaire (and wife).

I actually have a character created for the First Mate, but I am not stuck on the role. I am going to have to run the natives. If I have to run the Professor, it will be more the original version, but younger. I just prefer to nerf myself in that area.

I added some faceclaims for a few of the slots.

I have not yet determined the antagonists. That will depend largely on what roles I am forced to take on. 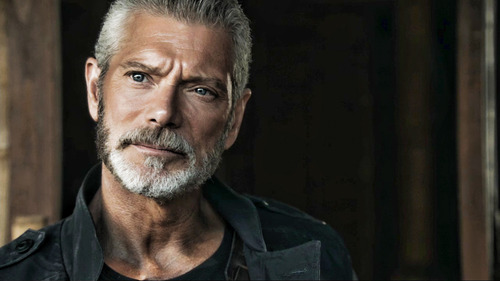 http://images6.fanpop.com/image/photos/35500000/hot-Stephen-Lang-stephen-lang-35511236-500-281.jpg
Retired US Navy pilot. Nicknamed Skipper by the First Mate.
He was shot down over enemy territory in the middle east and rescued by the First Mate. Owes the man his life. Retired in 2017 and couldn’t stand the constant babble of the civilian world. So he bought a megayacht and had it upgraded with a hybrid engine for the range. (He grew up on the seas and has spent more of his life on the water than land.) 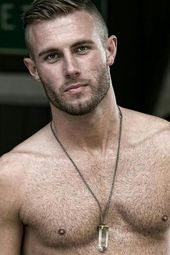 Former US Marine. Nicknamed Gilligan by the Captain.
Did two tours in the USMC Force Recon and saw a lot of combat. Was having trouble adapting to civilian life after getting out on an honorable medical discharge - for which he received a Purple Heart. Also has a Silver Star. He ran into the Captain at a VA hospital. The man hired him on the spot. That was 3 years ago. He was seasick for the first two years but never complained.

Unfortunately life for this pair hasn’t been so great. This pair will have suffered considerable losses but still be easily multi billionaires. They had a separation for the past couple years and were trying to make another go at it on this vacation. They concealed their troubles (and infidelities) from the world largely for the sake of their business.

*This part can be roleplayed by one or two members. Two would be better. Age can be adjusted as well.

Movie Star (Age 28)
https://i.pinimg.com/originals/76/8e/d8/768ed8e9d3cbdb58345dc883a5cf97b1.jpg
The very name Ginger screamed redhead … so I went with a redhead. She is a goddess of the big screen. She has starred in both movies and television shows, doing every imaginable scene that shows off her assets. (She is not shy.) She found the Farmer’s Daughter at a car show and was amazed at how much the girl knew. Then she bought a supercar right out of the showroom and asked the girl to show her how to drive one. The one quality she liked about the other girl was her honesty. While most people kiss up to her, her friend gives it to her straight. She paid for the cruise for her friend and wouldn’t take no for an answer - not that she had to.

Farmer’s Daughter (Age 25)
The original character of Mary Ann was a farm girl from Kansas. You do not have to be from Kansas. Nothing says country like the original Daisy Duke. Yes, this is a farm girl born and bred. But her primary quality is HONESTY. This girl absolutely cannot act. She tried. But stunts were another matter. She only did a few, mainly involving horses and cars. The ones involving cars have been simple ones, but that is because she was new and lacked the street cred to do more sophisticated stunts. She has even dyed her hair for one movie to be a stand-in double for the Movie Star. She really knows cars - every bit as well as she knows farm animals.

Professor
Open. You might go for one like the professor in the original show. Or perhaps an Indiana Jones sort. Or … we could have one of each. Yes, two professors.

Other Roles
While I want the original roles from the original TV show filled, we could add a chef. I kept the yacht small so as not to end up with a huge group.

If you read this, remember, your characters won’t know any of this. That said, I am leaving a LOT out.

The yacht will end up aground on the shore of Greece - mythological Greece. Be prepared to face off against all sorts of mythological beasties. Not right away, of course. No, the group would have to do some travelling to find any such threats.
Posting
My usual default for writing ability is Literate. As this is to be a larger group, with interaction a must, I will relax this a little. Please try not to hold up the RP by making others wait on a response. I am really looking for a 3 paragraph minimum. But I realize that in a conversation this won’t always work. Please do not regurgitate others’ posts. Add to the story.

TAG your posts so people know when they are expected to reply.
Last edited: Jul 22, 2022
You must log in or register to reply here.