Supporter
A collection of extra lore for the RP

Supporter
The Lands of Aegisea 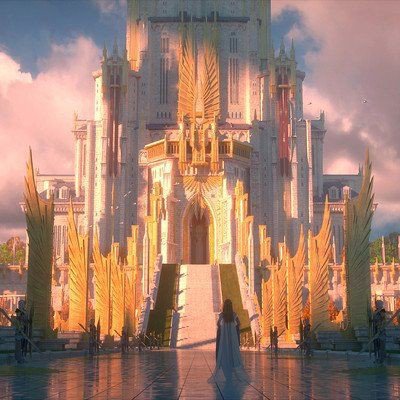 Information
The Holy Empire of Alleria is said to be the oldest, if not greatest, of all human nations. Founded before the godfall, the people of Alleria rose from the ashes to create the largest empire the world had ever seen. By establishing exceptional transportation and resource extraction systems, ancient Alleria secured itself in a time of great hardship. By unifying adjacent kingdoms under one banner of faith, they expanded their reach across most of the western continent.

Today it boasts the largest population in the world, and is the homeland of the world's dominant religion: The Blessed Church of Deliverance. Their great wealth springs from international trade, namely ores and precious stones. The Dragontooth Mountain’s bountiful mines produce over half of the world's supply of precious metal and gems, all of top quality.

Alleria's massive labour force and high standard of living is mostly thanks to their ethics of mercy towards criminals. Instead of jails, wrongdoers are made into ‘servants’ who are spend their sentence in service of the virtuous. Punishment for crimes can span generations, esuring that there is no shortage of workers.
Environment 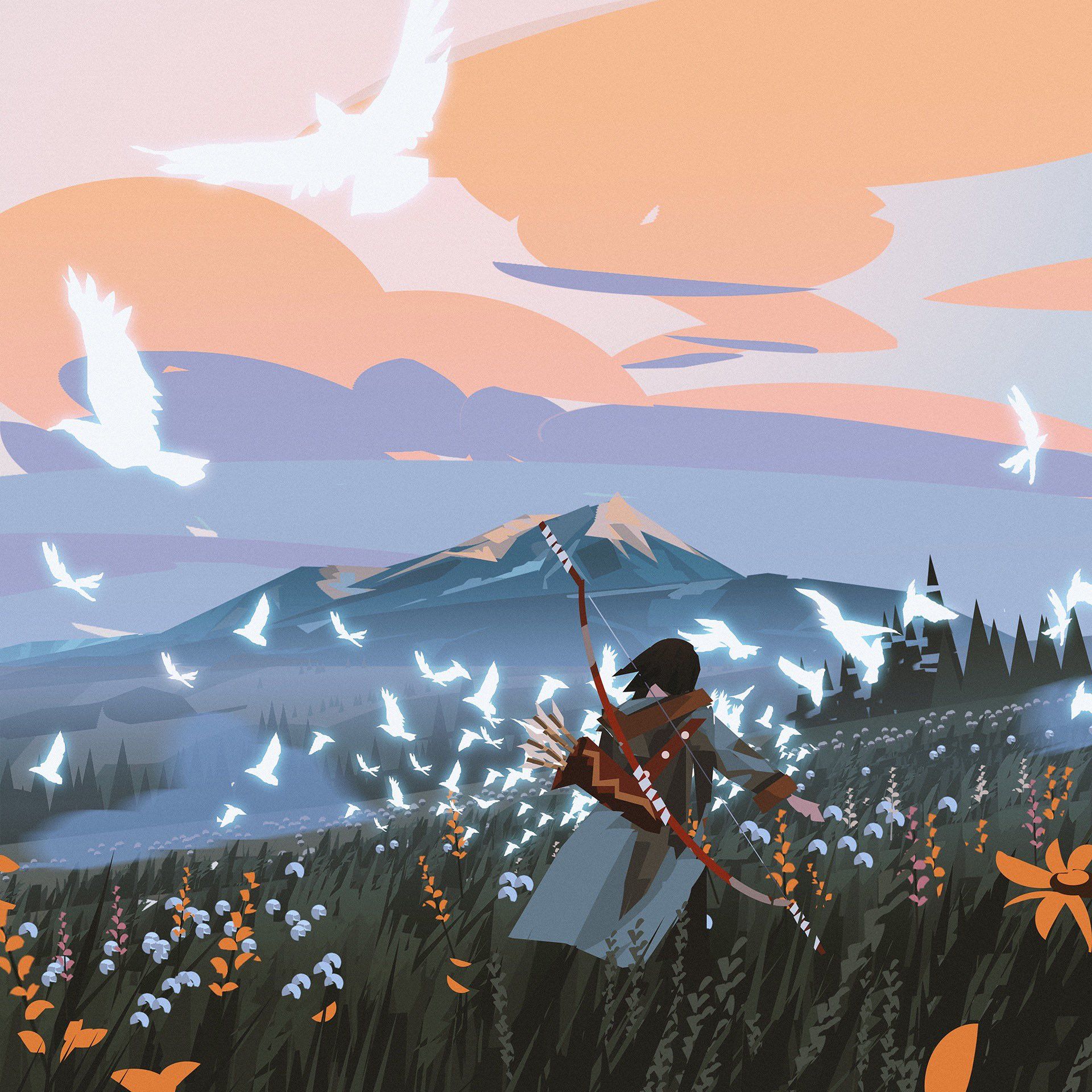 The land is split into grasslands with stands of forests scattered along the mountains and coast, especially the south. The northern and southern territories are seasonal tundras. Most lumber is imported from the rich forests of Northern Freelands or Nerianosa. Their vast stretches of plainland have allowed their agriculture to flourish during the short summers, and allow for large herds of livestock.

The Dragontooth Mountains run through the centre of Alleria, though have been carved through to make engenius subterranean roads. These ancient structures have been used for transport through the mountains since before the Godfall. Modern builders have yet to recreate the masterful architecture, the knowledge of which seems to have died out along with the original builders.
Current Issues
✽Both Allerian and Nerian citizens are preparing for conflict as tensions rise between the two nations over the death of the Queen.

✽The king has been in mourning after the death of his wife and is not taking visitors or responding to the public. With the Nerian troops gathering, they are restless and worried. Riots have broken out.

✽Rumor has it that the demon cultists are active once more and seek revenge for the death of one of their leaders.

Information
Compared to Alleria, Nerionosa is often considered to be its scrappy sibling. It has hardly half the population of Alleria and only a fraction of the wealth. While their lands are vast, people are spread out thinly and concentrated to the most habitable areas in favour of safety. Poverty is a huge and ever increasing issue, with bandits and organized crime circles running rampant. Many cases of thievery and lowly crimes are concentrated along the Allerian border, making relations between the two nations tense.

The Nerian people are no strangers to conflict; the kingdom was created after the Godfall and during the collapse of several ancient kingdoms. As the Allerian empire expanded across the western continent, the Nerian resistance sprung up in opposition. In the end, a stalemate was reached and the two sides of the war eventually settled on a new border and two new nations. While a tenuous peace was made, the constant conflict with raiders from the freeland and dragon-cultists from the east have made the habitants of Nerianosa battle-hardened, something evident in their practical, gothic architecture. 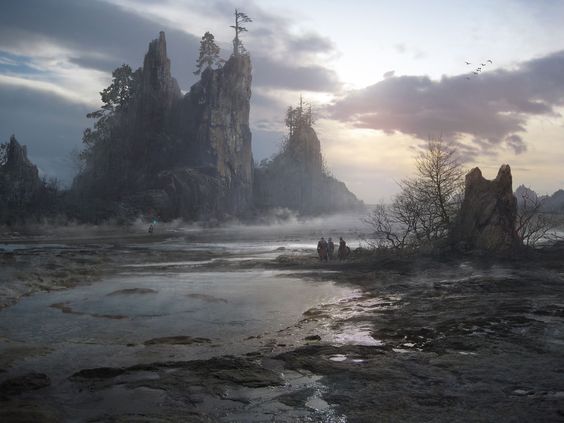 The land is mostly marsh,swamp and craggy plainlands, with strips of gloomy forest towards the mountains and northern coast. Rain and fog are all too common, only adding to the gloomy reputation of the nation. They are known for trading peat, fine meats, and fish, but rely on trade with other nations for lumber and many other essential resources. Their forests used to rival the freelands, but deforestation have left behind barren soil.

To the north is a dried up lake, Tarzo, and to the south is a tundra, broken by the largest of the dragontooth mountains, The Watcher, which acts as the border to the Freelands.

Culture and History
Nerianosa emerged as a kingdom to resist the Allerian Empire's expansion across the continent. Out of desperation, perhaps spite even, bloodlines who had been at eachother's throats decided to form one unified force. After a grueling war, Alleria eventually settled with a new border and gave up on the fruitless conquest.

While the sovereign of Nerianosa is the head of state, five noble houses -- each representing the independent kingdoms before the war -- also hold sway over the nation's endeavors. When decisions are to be made, these houses may vote for or against the decision. Beneath them are the aristocrats, families or individuals of enough wealth and status to earn the ear of the noble houses.

Nerian society promotes resourcefulness, grit, and ambition... for the underside of this noble system is an enormous class of impoverished civilians. The gap between wealth and poverty is vast, and organized crime has become an enormous issue. Many Nerian people are arrested on the border of Alleria, and it is rumored there are those who willingly become slaves in Alleria rather than live on the streets of Nerianosa.

Current Issues
✽Both Allerian and Nerian citizens are preparing for conflict as tensions rise between the two nations over the capture and imprisonment of a Nerian noble.

✽Organized crime is at an all time high in the nation, with a large group situated in the nation's capital itself.

✽Rumor has it that there's been a plague of lycans. One town was completely emptied out and infected. Rural residents are uneasy and some have fled to cities. 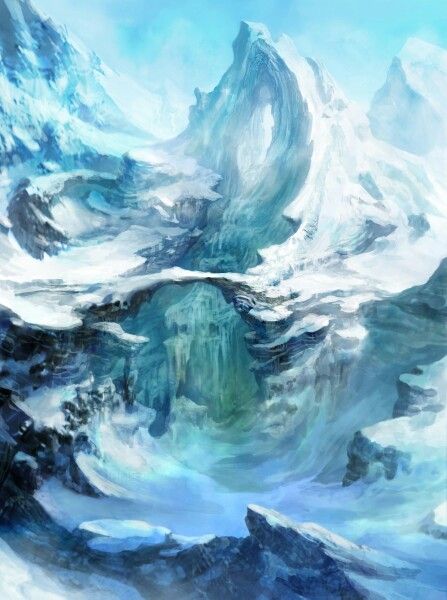 Information
Located in the shadow of the tallest mountain, The Watcher, The Freelands is a land of thick arboreal forests and vast expanses of ice and snow. Often seen as more primitive, or perhaps brutish compared to the shining cities of Alleria, the Freefolk live as clans and tribes. Contrary to belief, they have constructed cities and holds, some built into the ice itself.

The inhabitants are a resilient and proud people, though have the lowest population on the western continent. They get most of their food from hunting, fishing, and trading lumber with the northern nations. Additionally, the Freelands is renowned for its rich deposits of magical crystals, potent for use in arcane arts. Surprisingly, the Freelands has a low amount of mages, mostly due to magic crystals being exchanged for essential supplies. As the world warms, the bones of ice-buried dragons are slowly coming to light.

In harsh years, some freelanders resort to raiding villages in neighbouring kingdoms, and there are some clans that actively attack parts of southern Nerianosa and Alleria in hopes of reclaiming their ancestral sites that were lost in the invasions following the Long Dark.

In the past, The Freelands was part of the Allerian Empire, during its age of expansion over most of the western continent. After the godfall and the demise of the dragons, the snows fell heavily on the Freelands. While its inhabitants struggled to adapt, the Allerian Empire cut its way south, claiming lands with the richest resources and forgiving climate.

At this time, the Freelands was dominated by independent tribes, each having long histories of conflict with one another. Divided, they were easy prey for the Holy Empire’s conquest, and were either converted, eliminated, or driven further south or into the mountains. It wasn’t until Bjørn the Stormborn united the remaining tribes that they managed to set aside their differences and drive back the Allerians. Bjørn was slain in the final battle, but the Freelanders honoured his sacrifice by holding peace between the surviving clans.
Environment

Supporter
Races of the world
You must log in or register to reply here.