The sky held plump as it overhang, carrying what is sure to be a nasty downpour. The university sat innocently against the treeline, the only thing off being the chipped, old building that sat off to the side. Nothing was built close to it as if even the buildings were avoiding it. The clouds seemed to be darker as they sat above it, but it was surely just a trick of the eye. The grass around the building yellowed with age despite the rest of the campus having only the freshes. Dead plants grew on the side, any attempt at a garden was met with failure and shrivelled up plants.

The building sat, looming overhead as a woman stood nervously near the doors. She wanted nothing more than to be away from this place but she was here to sign in the new residents. Sadly, they would be having a few new tenants in the building this year. Though, this did provide some use as the building would be empty without such. Her neat and well-kept exterior held a hard contrast to the building she was near. Her dark black hair was kept in a tight bun as she stood, heels, pencil skirt, and blouse.

She held a small bag in her hands, holding the old, rusty keys that were the only way in and out of the building. She hoped that the residents would show up shortly as it was going to rain any minute and she would rather not get wet, and she was definitely not going inside the building. Her weary, eyes danced around, glancing at the woods as she shivered slightly from a breeze. The residents would be arriving as such, and ready for their first day in their new home.

apathy's a tragedy, boredom is a crime

A rumbling black car pulled over a little ways from the campus, tires crunching over the gravelly, crumbled road. The front passenger door opened eventually, and a tall man stepped out, duffel bag in hand. He looked around for a moment, gaze flitting between the darkening sky and the pristine, put-together building that rose up from the trees. ''Not bad.'' Sol murmured, a faint grin tugging at his lips. He muttered a quick goodbye to the chauffeur, threw his bag over his shoulder, and started off towards the university, before pausing. He heard a quick shout, and quickly found the source; a dark-haired woman that stood at the door of sad, warped building. She waved at him quickly, gesturing for him to walk over, and Sol let out a snort. 'I knew it was too good to be true.'

''They said it wasn't a pretty place, but I wasn't expecting this.'' He said as he walked over to the woman, black hair ruffled by the breeze. Sol examined the old door, amber eyes scanning every flaw and spot of rust. ''This is it, then?'' He asked, turning back expectantly.

Lord Doctor of the Plague

You know, it's said that rain is many things. Some call it the devil beating his wife, the more sentimental might call it angels weeping at the state of the world. The boring scientific types may speak about water cycles or some other kind of bullshit. Pessimists see it as a bad omen, optimists may see some beauty. Introverts see a cozy day indoors, extroverts see a damper on their plans to go out. For Arthur? Rain was some of the best weather out there. It washed away the events of yesterday, and waters the seeds of the future. It could flood you out, or leave you in just the right spot to thrive. All this to say, the man was taking his time with his walk, knowing full well there's probably some poor staff member waiting for the poor souls to make their way to that rundown building.

What was he doing? Simple. He was walking along, pondering on the rain. He recalled seeing a car head this way, and he could see it coming back down the road now. "Darn... Guess that's what I get for taking the scenic route." Despite the faux annoyance in his voice, he was simply grinning. So he'd have an audience when he finally got there, eh?

With a small huff, and some slight adjustments to his jacket and the duffel bag over each shoulder, he began to jog up the road. Soon enough, Sol, and that poor staff member came into view. "So, a beautiful day to be moving in, eh?" 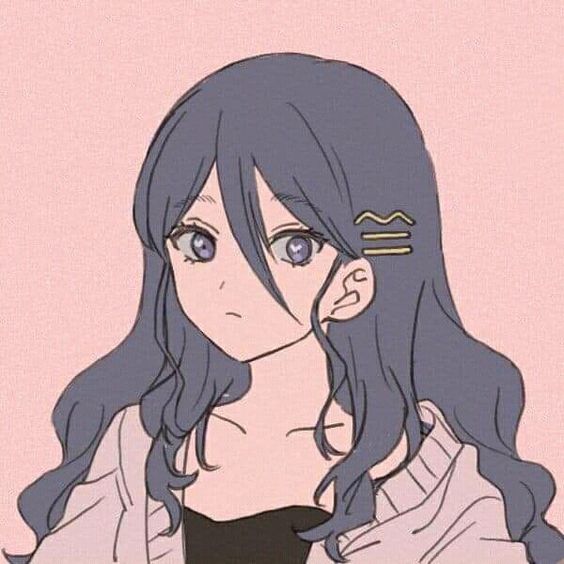 With excellent timing, it began to rain. Leah's rainboots crunched against the gravel, made soft by the rhythmic plopping of rain on the plastic roofs of the two cat carriers. One was large, stuffed with a maine coon and a blind tom, while the other held an unhappy stray. He let out a yowl and once again began to claw and bite at the metal mesh.

"Grimalkin, enough with the melodrama. We'll be there shortly." she held onto the cage as the cat trashed around and sighed, "Then you can tear that place up instead of the volunteers at the shelter... I hope the damage fees aren't too high."

An overstuffed hiking backpack weighed down upon her back, made clumpy and bloated from stacks of clothes, books and a few decorations. Somewhere in the pockets there was a foldable umbrella, completely useless with her already over-encumbered hands. Digging it out would be a waste of time and effort at this point. It was better to just wait it out until she got to the apartment. Already the weight of her bag was causing her shoulders to ache. She hoped the wait would not be too long.

When Leah arrived at the miserable apartment she found two of her dorm-mates already there. She almost laughed when she saw them; it was just as the rumours said, and what she had dreaded. The both of them looked like the typical punk crowd... especially the one with the red hair and eye patch. Leah didn't want to know how he had come to earn that scar. It made her feel sick just looking at it, so she turned her eyes away and stared at the ground.

"How many more are we waiting for?" she asked the lady with the bag of keys. "We'll catch a cold if we stand out in the rain too long."

The frustration was tangible on Akira’s voice as he looked out the window, seeing the large building before him labeled “Pine Ridge Mall”.

Akira had left his hotel room roughly and hour previously, thinking it would only be about a fifteen or so minute drive to the campus. But then, just as his bad luck couldn’t get any worse these past couple weeks, he had the misfortune of hailing a cab with a driver that spoke very broken English and understood little to none of it. It was a short, friendly, and extremely tan man with a funny accent that Akira couldn’t quite put his finger on. When he’d first given him the name of where he wanted to go, the man gave him a funny look that involved a wrinkled nose and a stare of sheer confusion.

Then, Akira made the mistake of reiterating the first part, this time holding his hands up to imitate the top of a pine tree.

Twenty minutes? Akira wanted to ask about the time, but refrained. He figured the traffic must be packed in the area or something. That or Apple Maps just calculated the time wrong. It couldn’t possibly be because the man was going to take him to the wrong place!

Sure enough, their first stop was at a salon just labeled “Maple’s”. Okay so he knew what a Maple was but he didn’t know what an Oak was? So, after shyly correcting the man the first time, they ended up driving another twenty five minutes in the wrong direction before ending up here. Pine ridge mall. Akira now wished that he’d never even said the word tree.

The man, clearly irritated as well, pointed at the picture of a pine tree on the sign for the mall.

“It’s the wrong tree! I said OAK HILL UNIVERSITY! The school, sir! The college! The campus! Do any of these words mean anything to you?!”

Akira leaned back against his seat with a huff. He could feel his cheeks flushing from the frustration. He already didn’t like talking as it is, but put him in a situation like this where he had to be careful about what he said, and he was a sitting duck. Fortunately, they seemed to be heading in the right direction this time around, and sure enough they began to pull curbside to the entrance of the university. There was a carved out image of an oak leaf in the gate, with a glorious campus behind it. Well, almost glorious. There was one specific eyesore that stuck out among the rest, and Akira knew that was where he was headed.

“Tree? No tree! Leaf!” They were pissed, “One fifty fare! You drag me everywhere!”

’No! You were the one who couldn’t pay attention to what I’d said the first time!’

That’s what Akira wanted to say, but didn’t. The man was on the verge of becoming belligerent, and Akira just wanted to leave. So, reaching into his pocket, he pulled out his wallet and swiped his debit card on the mans machine before getting out and grabbing his rather small suitcase from the backseat. He made the mistake of saying nothing, wanting to enter the campus.

Akira turned back and just waved before running for his damn life towards the campus. He wanted to be as far away from that cab driver as possible. He was pretty sure his card wasn’t going to go through, he didn’t have a ton of money as it is. But he wasn’t about to sit there and try to explain to the driver that he couldn’t afford his outrageous fare.

Making his way towards the run down building that he’d identified as his housing, Akira had eventually come to a brisk walking pace, knowing he was late but not wanting to look like he’d just dashed from a cab. There were three others already there. Two taller males presented themselves as the typical “bad boy” type. And then a female, toting two howling cat carriers, that sounded like there was more than two animals inside. He approached hesitantly.

“I’m sorry I’m late,” he looked to the small group in front of him, then looked behind him. “Is this all of us?” He’d question, now looking to the woman in charge.

Juju
You must log in or register to reply here.