Zeus destroys the pillar by his foot, but Ben is nowhere to be seen. That is when he rises up from the ground in an effort of delivering a surprise attack. Zeus quickly catches the drill, but is seem to be struggling to get it away from him. But then he touch the ground, and using his mighty strength, he lifts Ben up and tosses him away. While in the air, Zeus turns to him and fires of beam of lightning from his hands.

As Armodrillo was electrocuted, he transforms his fists into drills and began to spin them.

Struggling, he swung his drills downwards, their rotation redirecting a good enough chunk of Zeus' electricity onto the ground below, obliterating the arena as many boulders began to fly from below!

Boulders begin to burst from the ground and Zeus was caught in it, shooting high up in the air. But Zeus recovers, jumping from boulder to boulder in order to reach Ben. Once he caught up to him, he woul deliver an axe handle down onto his head, followed by a knee to the face and then a discus clothesline to get him down.

"An axe? Seriously?" Armodrillo exclaims, holding the axe off with his jackhammer arms, before the knee to the face and discus clothesline sent him flying.

Fortunately, the very earth was Armodrillo's ally. With the various large boulders suspended in mid-air, Armodrillo didn't jump from them, but rather, he drilled through them, walking through them as if they were air.

Thus, Zeus could not find him where he expected him to land. From one of the mid-air rocks, Armodrillo descended from above, ready to smack Zeus with a drilling punch!

The axe handle (as in both hands clasps together and bringing it down) was caught, but not the knee and the clothesline. Fortunately, Ben drills through the boulders and off of one of them, he goes down to deliver a punch towards Zeus. Seeing this, Zeus quickly catches it, but the force was strong enough to knock him on the floor as he struggles to keep the drill off his face.

As this assault continues, Armodrillo continues downwards, transforming the other hand into a jackhammer as he targets Zeus' stomach. At this point, the boulders that were flying should've dropped by now, but the impact caused more boulders to fly, keeping the area above filled with hovering boulders.

Meanwhile, at the audience.

"According to Earth legend, Zeus is considered to be the King of the Skies," Rook comments, "but it appears that there is not much sky left to be king of."

"So the skies belong to Ben now, even though he's Armodrillo huh? Pretty smart," Kevin comments.

This could be it for Zeus. The dropped boulders give way for more boulders to jump out to obscure the skies. Ben has his other arm transformed into a jackhammer and is going for his stomach. "You...got me cornered. I shall reward you with...more of what I am capable of!" Zeus said "Behold! ADAMAS!!!" His muscles begin to grow, giving him much more strength to push the drill off, and when the jackhammer is about hit, the muscles in his abdomen have grown tough enough to repel it. Zeus is now up on his feet, tossing away the drill before delivering a sweeping kick to make Ben trip.

The whole crowd can see that Zeus has become more muscular and bigger than before. "Adamas? I've never of a technique like that before." Heracles said. "Neither do we." Clotho spoke. "Behold Ben, bear witness and experience my new form!" Zeus spoke before grabbing him by the leg and starts slamming him down on different directions. He then finishes it by spinning so fast that it generates a powerful tornado, disorienting Ben, and then slams him down to the ground one last time, causing the floor to crack and collapse a bit.

"What you have just felt was a mere 50% of my full power. Adamas is a technique that I've developed alone, just in case that my natural strength needs a little more boost before unleashing all to those worthy. I'll commend you on your effort, but that alone will not guarantee your victory otherwise." He said, looking down at Ben.

Black, translucent 'oil' leaked from Armodrillo's head and he rose, facing Zeus, holding his hand to his head.

"With all this wind and all his focus, those guys don't really seem like viable options at this point. Until that opportunity arises, I guess I'll just have to keep hitting... wait, wind, I've got it!"

Armodrillo slams his Omnitrix down, initiating yet another transformation. 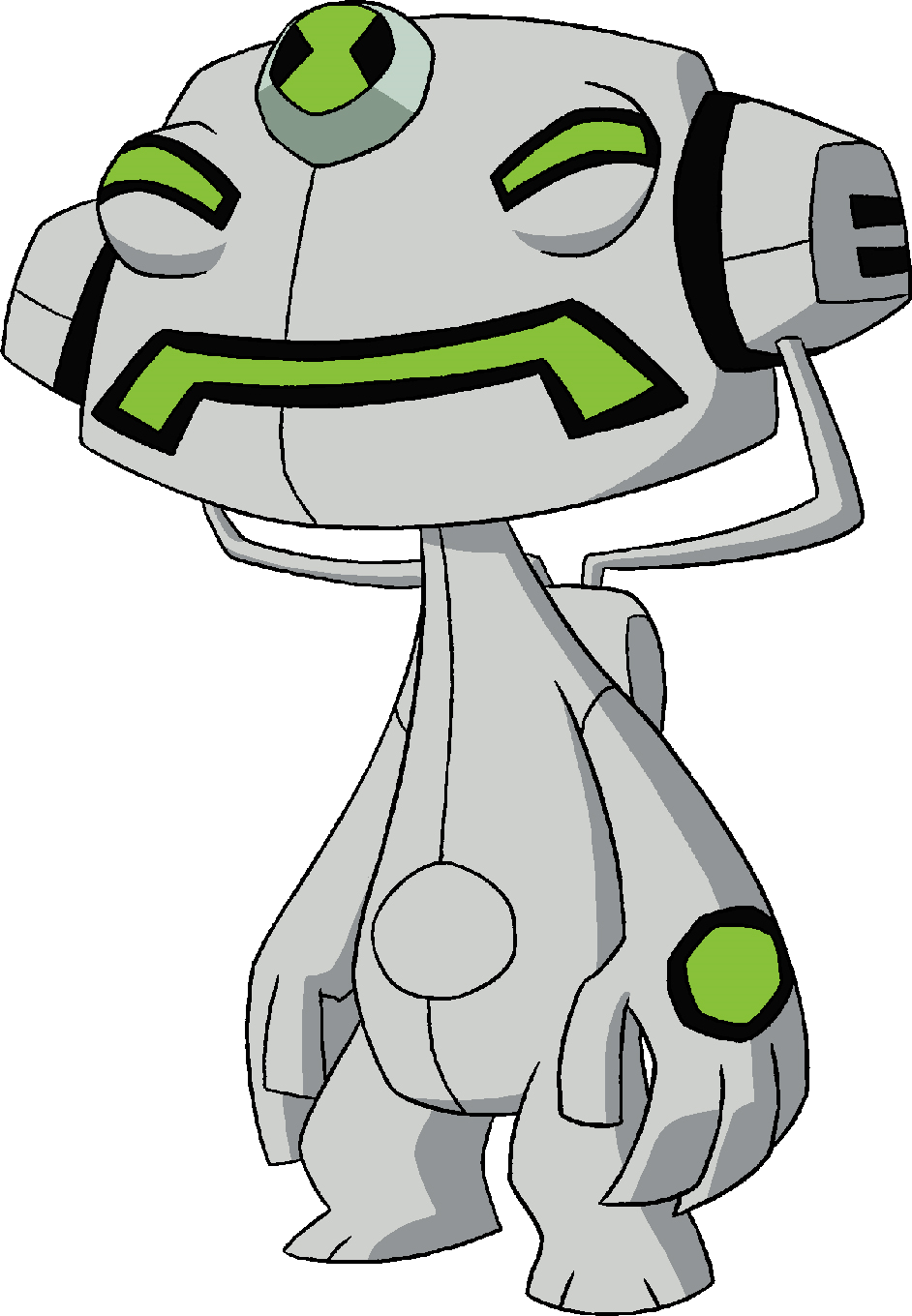 This new form began to replicate. 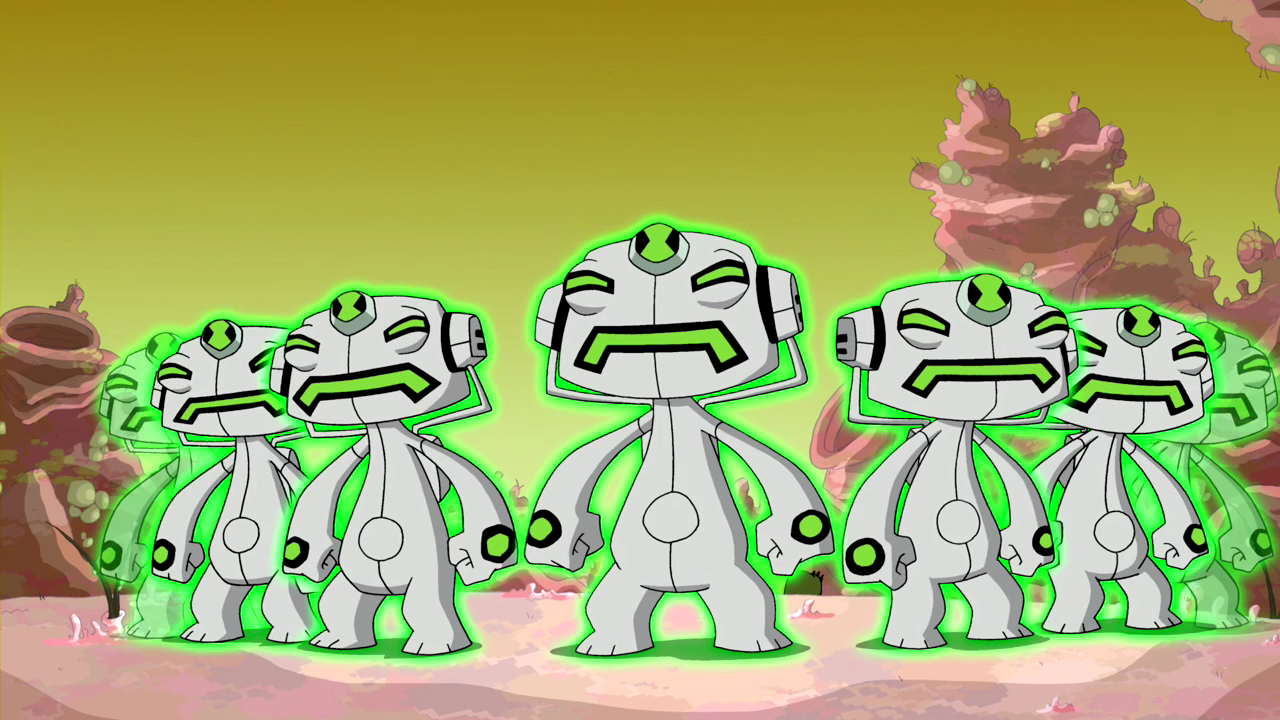 "Wait, we are?' Kevin asked from the audience.

These duplicates continued to multiply and scatter across the field.

Ben transformed into something small and begins to replicate himself to cover the arena, looking to use the numbers game to his advantage. "Friends? That sounded foreign to me. But regardless, numbers will not do you good!" Zeus said before he stomps his feet hard to the ground and raises his hand up. Dark clouds begin to cover the sky and electricity is being produced throughout his body. "Let us see what your new form can do when I do this!" He said before making a gigantic leap into the darken heavens above, and after a while, he drops down like a meteor, body covered in pure lightning.

"LIGHTNING METEOR!!!" Zeus shouts. If he hits the floor, the lightning covering him will produce an electrifying explosion that will cover the entire battleground and possibly eliminating all of the duplicates and the real Ben.

All the duplicates would rise, firing powerful soundwaves from their mouths and blasting Zeus. Meanwhile, another group of duplicates created a tower of themselves, allowing three of them to jump onto Zeus as he descends, while another three use soundwaves to propel themselves upwards!

The soundwaves can only slow down the descend. Meanwhile, the duplicates that propelled towards Zeus begin to pile on him, only to electrocute themselves by the lightning surrounding his body. Zeus crashes onto the ground and the lightning around bursts, covering about half the radius of the arena and the duplicates within it gets obliterated. A crater was left after the explosion. When the dust have settled, Zeus is now standing tall, but what of Ben?

What was seen in the crater was a pile of deflated suits of those aliens. They might as well have been corpses.

"Ben, no..." Gwen leans towards Kevin, who in turn tried to hide his grief.

"IMPOSSIBLE! The wielder of the most powerful device in the universe, falling to... no matter. Now that Ben Tennyson is dead, I shall claim the Omnitrix for myself."

Vilgax rose from his seat, approaching the arena.

"A bit dissatisfying to take from the kill of another warrior, but I must do what I must. I will at least enjoy prying the Omnitrix from his cold, lifeless body."

Meanwhile, underneath all the silicon suits burnt crispy from the lightning...

"I thought I was a goner for sure, thank yooou watch," Ben Tennyson uttered, "but I will be if I don't get you working. Come on, Humungousaur? Way Big? I'll take The Worst at this point..."

The Omnitrix continued to spark, refusing to function.

He survived, but whether he would for long was another story.

As Vilgax is nearing the arena however, someone went in front of him in a blink of an eye. It is the Hyper God himself. "Ah ah ah, the announcer did not say anything." He tells him. Meanwhile, looking around the corpses, Zeus looks for Ben. He eventually turns to Heimdall and he knows what he is thinking. "Listen, Lord Zeus, as much as I want to say that it is over, I can sense that Ben is still alive...somehow. Please forgive me, but my words are true." He said.

Lizel thought for a moment. Where they are from, Shishio and his gang, there were gods, but Aphrodite was not one they were familiar with. The title of Valkyrie was not a foreign one, but Odin was something that was. Their world was very different, and so were their pantheons. "Hmm, that sounds lovely," Lizel remarked on the water's purity. "but am I really welcome? I'm not a goddess. And we're not on the same team after all." It may have been possible for her to pass as a goddess, but she felt anxious about intruding into something so divine.

Just then, Shishio and Alexander clashed, and the impact cut through the wind. The force from it blew through their hair but they never skipped a beat, the two just kept fighting.

"I suppose I was the one who underestimated the child who gave me so much trouble," Vilgax adds, "carry on, I shall watch his torment."

That was when a small flash of green light emerged from the seams of the piles of ripped silicon suits.

The Omnitrix continued to spark.

The sound of stretching and ripping metal emanated, bouncing off the soundproof properties of the pile he was hiding under...

"I am sure they won't mind you being there. The patrons are all friendly." Goll assured just as the wind broke when Shishio and Alexander clashed. "Hmm...Shishio..." Goll is starting to get an interest. Meanwhile, a bright green light flashes, confirming Ben's survival. Zeus is not happy. He turns to where the flash happened and sees Ben, but as what now?

ZackStop @Dmitri Tolenka @Funnier President @darkred @GeorgeTownRaja​
You must log in or register to reply here.