Digital Look at this evil boi

Banging my head on a wood board since 2016 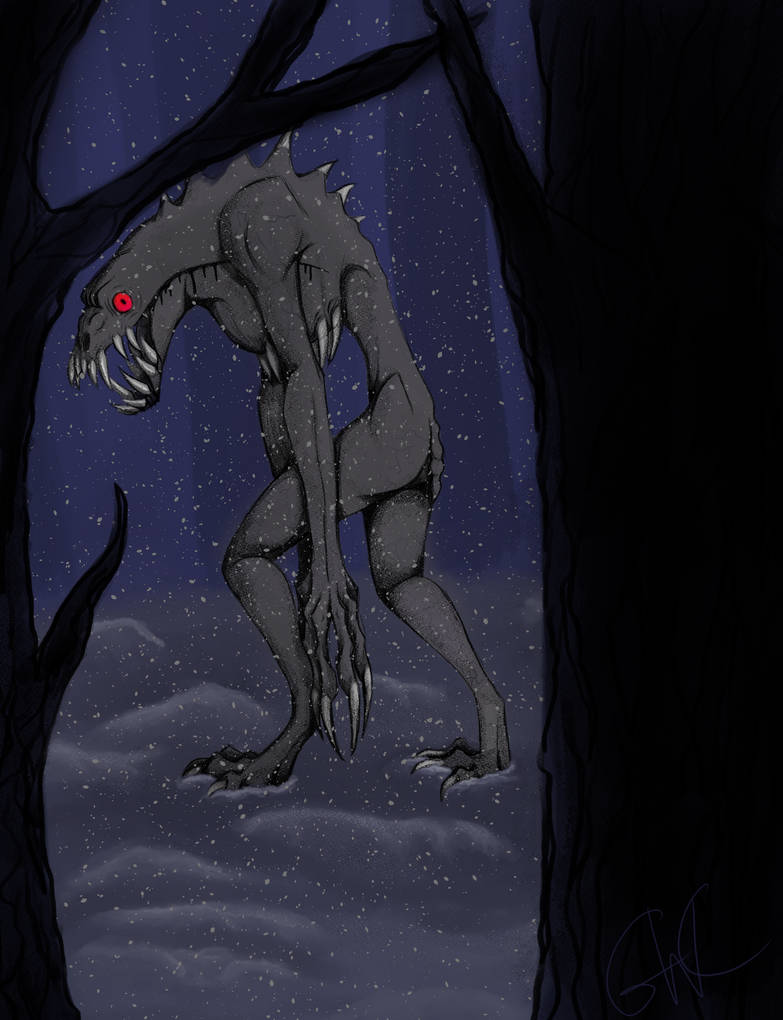 This is a piece I did of a monster, I created approximately fall 2019. It's a creature, that will mimics the voice of the humans it had consumed. Using it to lure unsuspecting humans to it, where it will essentially eating anyone in one bite. It's face and part most of it's ribcage can split open into fourths (think of the stranger things demigorgon but worse) it's arms can also spit in half, and has extra thumbs.

I drew this of clipstudio paint

damn, looks hella fine to me, is gorgeous !
I could see this in some manual on monster hunting.
You must log in or register to reply here.

Request Art trades? Not sure what prefix to use lol

Digital A place to put some of my art?