May I stub my toe and step on a Lego brick should I not post in the next 24 hours.

Well in that case I will grant you one more day

Andei said:
May I stub my toe and step on a Lego brick should I not post in the next 24 hours.
Click to expand...

Oh noes! Please don't wish such a thing on yourself! 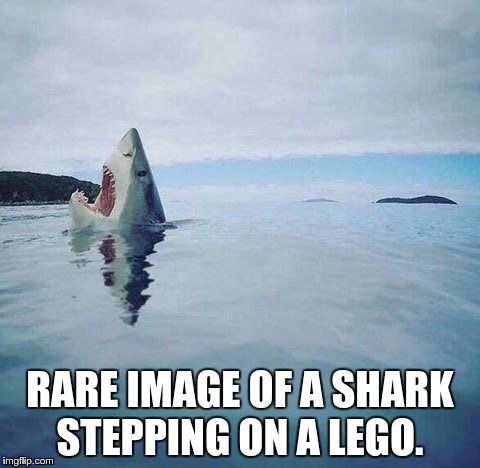 Hi. I have read all your posts. Thank you very much for the understanding, advice and encouragement. I really appreciate it. They all mean a lot to me.

On another note, I have posted my latest reply. It would be hilarious if after all such amount of effort, the dragonhunters realized that they were supposed to pull instead of pushing that door

Administrator
Supporter
As in the Far Side comic? 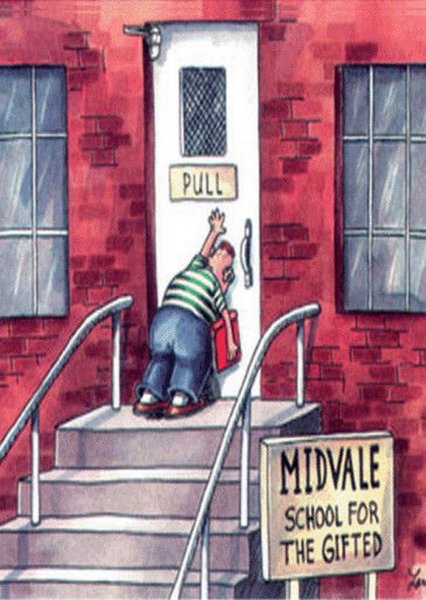 Thank you for your patience, everyone. I'm sorry it took me two weeks to reply. It was an unexpectedly busy and difficult time, and I couldn't muster the will to do it. Now that we're a step from uniting everyone and getting on with the chapter, hopefully things will proceed more smoothly ^^ *woof*

Rekai Leon please note that the golem is not "ten times the size of Faron", for that would, in lack of a better term, be quite insane lol. In fact, if you look at the spell description it specifies the golem to be 12 feet in height (previous was 10, I actually increased it to 12 after reading your post). That is actually only twice the size (actually less), but given how big the drakkar are, that is an incredibly massive chonky boy made out of rock that's on fire. It is certainly bigger compared to Faron than to, say, Carn or other drakkar (since Faron is really short for a drakkar ). As it is, it is literally almost as tall as the gates that it destroyed.

Also, not technically "on fire", I envisioned it more like being "powered" by fire, something like this picture.

And yes, the sorcery being cast by a drakkar, there's no reason it can't look like a drakkar

I just realized that "golem" traditionally tends to invoke images of something humanoid/man-like, but that certainly doesn't have to be the case. That'd just be racist

. I remember how shocked Auri was to see that angels looked mostly human and not, say elven or drakkar - I always thought how that was actually a very, very good point that I originally overlooked, however that part at least can/will be explained ^^

Once again thank you all and hope you're all still here

Hope life is treating you better now! (She says as we head into the busy holiday season...)

Neat point about golems and angels!

Wolf Rawrrr
Don't worry about being late. Besides, with how good your posts are, the wait only serves to make your posts that much more sweeter ;')

Finally posted, really sorry for the delay, all! Christmas has done a number on all my deadlines in a big way

I also wanted this post when Ingvar FINALLY meets the rest of the Chosen to be really good so it took a while to finish!

I found your post to be wonderfully made! (Typing on a phone is rather... difficult)

Administrator
Supporter
I really enjoyed it

And yeah, Christmas is a busy time. I don't know when I'll be able to post (I'll try for this week, but it might be next), but Maggie is delighted.

You too! May your Christmas be delightful!

Hi everyone! Thanks for the great posts so far. I will continue to update the game as usual, though obviously I don't expect replies from any of you during the holidays - it's on if-you-want, when-you-want basis. We've arrived at the end of what I sincerely hope has been a great year for you all, pandemic notwithstanding, and I wish you truly all the best. Be merry, enjoy, and get some rest! *howl*

As far as Amaranth is concerned, I can't thank you all enough for your continued contribution to the game, your time and effort, and to say nothing of your patience. I know it's been a bumpy road and that despite my best intentions I keep overstepping my own deadlines and promises, but I'm glad to know that you still find some fun and enjoyment here, and all I can really say is that I fully plan to be here and see this thing to the very end. The only goal I'd like to set, is that we finish the current chapter in the first half of 2022

I've been abroad until yesterday and unable to post, but now that I'm back, here we go again

Though it's really more up to

Andei than myself, for a change ^^

Wolf Rawrrr said:
Maggie's opposite reaction shocked the elf more than a little.
Click to expand...

Maggie is being less cautious than she should be, or than I would be in her place.

Hasn't even asked Ingvar for proof that he's a fellow priest (just taking it on faith, I guess? hehe), and offering everyone's names freely, though at least she hasn't brought up what they're doing here.

Just a friendly bump in case you set your replies aside and then forgot, as all too often happens with me *woof*


...and if you believe that, I've got you good and fooled.

Yeah, I definitely did not do the exact opposite of what you implied I might have definitely done.

Kaerri just to clarify, in case it wasn't obvious enough, in the last line Ingvar is being pretend-serious and is actually poking fun at the fact that Maggie introduced everyone except herself, but if you want Maggie to take it seriously then also up to you

Andei said:
With an almost icy expression that held all the gravity and seriousness of a dwarf of his many years, he turned to fix his gaze unerringly upon the young priestess.

Oh no! You've caught us both out -- I hadn't noticed she missed herself, and neither did she. Chalk it up to the excitement of the moment!

Ahaha I did wonder! I hope you don't mind that I just went with it, I thought it would make for a nice moment between them!
You must log in or register to reply here.