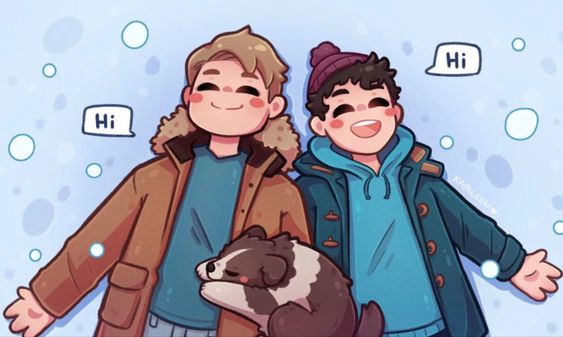 My name is Harumi Ai but you can just call me Harumi. I am a 30 year old female and I’m looking for other 21+ roleplay partners to write out some lovely stories together (The 21+ is more out of preference considering I feel a bit uncomfortable roleplaying with those under 21). I've had a thread with original pairings on here before but this thread focuses on some fandoms I am interested in.


• I tend to write around 3-6 paragraphs depending on what I’m given to work with or how motivated I am.

• Please be able to post at least once a week or hopefully more. I tend to write more than one post a day myself but sometimes things do happen, I’d just like to ask for you to let me know if you’ll be unable to respond for a while. That being said, I am ditch friendly so, if you suddenly disappear for a month, I’ll assume the roleplay is done.

• If we’re doing Canon x OC then I request that we double, I’ll put below characters I’d like you to play for me and which I feel most comfortable playing for you. I may be willing to roleplay as other canons depending on the character.

• If interested, please DM me saying which pairings interest you the most rather than posting here.


Among Us: (Maybe)
Crewmate x Imposter

3 May I have your discord if you would like to roleplay with me?

Roleplay Availability
Roleplay Type(s)
My Interest Check
I'd love to do some South Park roleplay if you're still open for it!

For those interested, please remember to read the guidelines first.

​
You must log in or register to reply here.