Alright my people! The time has come to construct our merry band of victi- I mean, players! All of the necessary information can be found down below, but do feel free to add more should you feel so inclined to!
​
Name:
Username:
Age:
Personality:
Country of Origin:
Height:
Weight:
Looks: (Please use an image)
Class:
Weapon/Equipment: (Oni be sure to include starting elemental rune with your gauntlets)
Magic Abilities: (These will be added later as your character learns new skills and spells. For now Priest will be the only one to fill this bit in.)
Defense Level:
Attack Level:
Speed Level:
Mana Level:

Name: Quincy Adams
Username: Quinella17
Age: 16
Personality:
Country of Origin: Paris France
Height: 5'3"
Weight: 132lbs
Looks:
Class: Kensen
Weapon/Equipment: A Katana, She has a satchel to carry any items
Personality: Quincy is a Friendly, and Introverted girl, That loves Anime and video games, She likes reading stories and stuff online and loves writing fanfics for different animes but she tries to talk to people but is not good at it once she warms up a bit, She's Well A bit of a talkative person.
Magic Abilities: N/A
Defense Level: 1
Attack Level: 2
Speed Level: 1
Mana Level: 1
Last edited: May 8, 2022

Name: Erio Miko
Username: Sister_Miko
Age: 26
Personality: A tired workaholic woman who just wanted to use the game to get some fun before getting back to work the next day. Though getting trapped inside said game might make her very restless as she scrambled to do whatever job available to scratch that itch. She also has a few people who economically rely on her so she can be really pushy when it comes to the game progression.

Summoning Mark: on the middle of her chest

Weapon/Equipment:
- Edge Tome: A basic thick book with black leather cover and a skull logo on it. Ow The Edge.
- Crypt Garb: A black and white garb supposedly used for funeral, in a VR game. Pffft.

Magic Abilities:
- Tailwind
Summon a spectral bird with 1 HP that fly around the battlefield. Allies within range gain a one-time use ability to dash towards the bird.

- Graviton
Conjure a black orb and shoot it forward. When it hit a target or when the caster detonate it a large sphere of darkness would erupt, pulling enemies around it and slowing down their movement.

- Retribution
Conjure a spectral spear and shoot it forward. Enemies hit will get their defense reduced.

i SWEAR i will finish these sketches SWEAR ok promise

Personality:
Loud like thunder and twice as mighty, enter Kasugayama High's beloved older sister. Despite only being in her second year, she demonstrates a maturity beyond her years. While she speaks her mind and doesn't mince words, Uta still maintains a scope of agreeability in her speech, making her popular among students and teachers alike. Though she is most respected within the delinquents, of which whom she is the current leader of, being the smartest amongst them. Heavy emphasis on 'amongst them'.

Personality:
Doremi is everything Uta is, but exaggerated. Cheery, spontaneous, and 20% less sane. Doremi represents the emotional state Uta is prepared to die in, sunny and smiling. Oh and she has horns. She has horns and I did not forget to draw them.​
Last edited: May 13, 2022 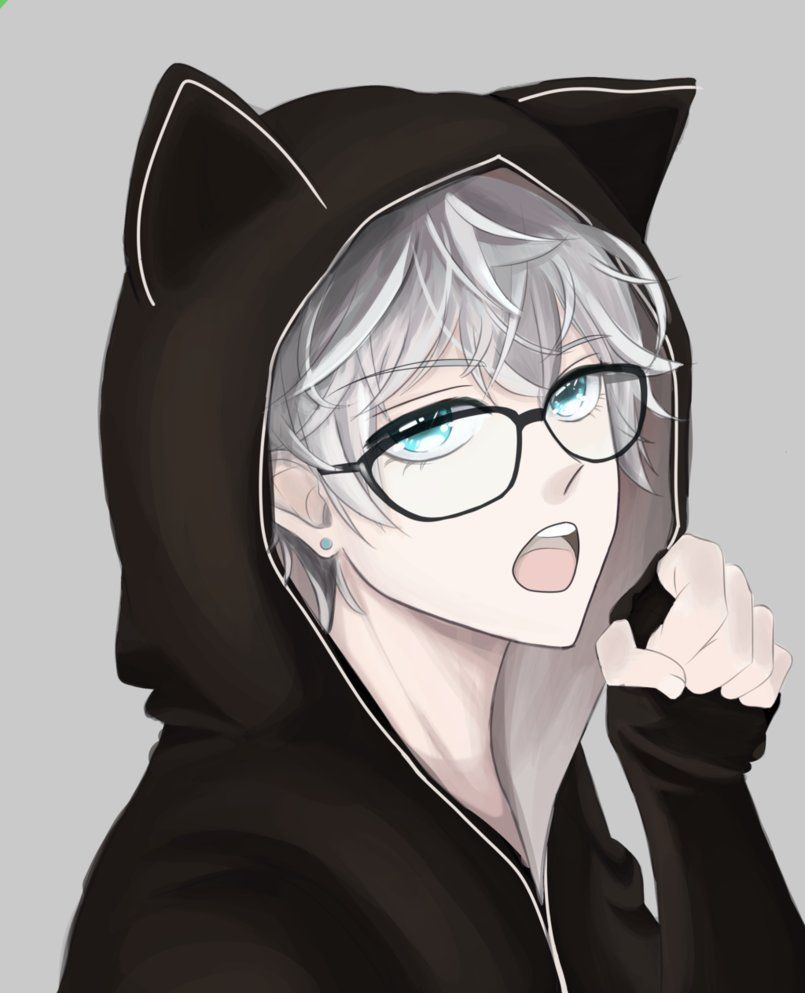 Name: Niko Shinjo
Username: NikoCatFan1
Age: 18
Personality:
Ryu is a gamer. Having gotten accepted into a college for game design, He figured what better way to celebrate then try out a new game. It even allowed him to make himself look cute which was something he secretly enjoyed a lot as he was a secret cute thing lover, though none of his companions would know this. He might be a bit short for his age but he never lets that get him down as he likes to help others and just be cute in games. He also REALLY likes cats and kittens and gets distracted by them a bit easily.
Country of Origin: Singapore
Height: 4'10 (He be short)
Weight: 95lbs
Looks: 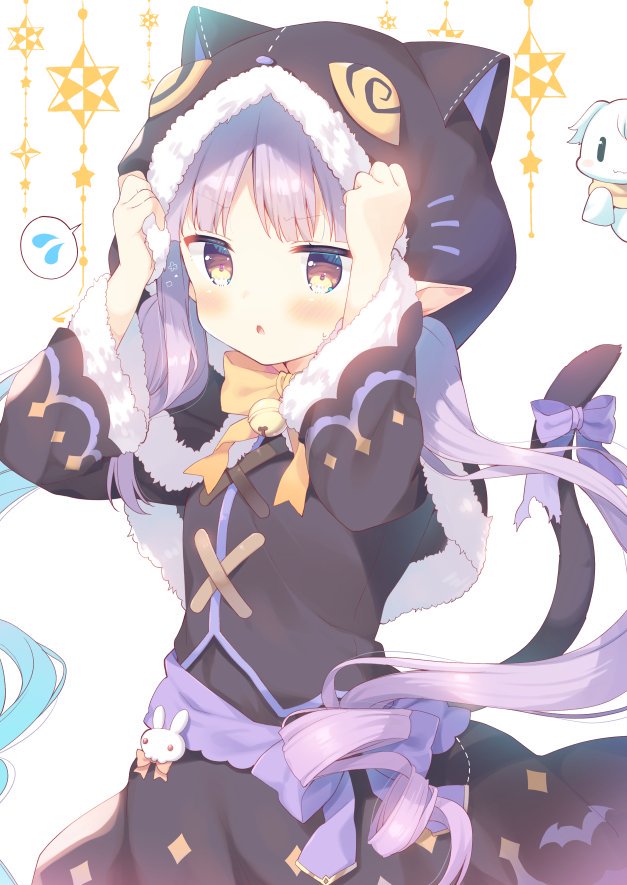 Personality: Petty, pessimistic and downright antisocial, Nate can be quite toxic as a person, specially when gaming. Though in reality she is just very socially awkward, so she tends to push people away. This attitude her appear like a lazy bum to most people, but in the game world makes her give the impression of a cool, edgy guy.

Backstory: Nothing really special about her, she would say. Natalie was a smart girl massively held back by her bad attitude and social anxiety. This was not as much of a problem while she was in highschool, but it was a problem when she got to college. She upped her gaming habits and began skipping as many classes as she could without failing.

She was a big fan of MMO's, but mostly played solo. Still, she got a small following in social media for her scummy PvP tactics and video highlights.

Personality: A glutton for competition, Mordecai has a fiery spirit that demands challenge. Having assumed the name of Kaizo in the fighting game world, he’s developed a love for the one on one confrontation titles like Street Fighter and Tekken provide. As such, he’s not afraid to take on a fight, even if it’s a foolish decision. He can be brash and arrogant, which can lead him to bite off more than he can chew. Even with odds stacked against him, you can expect him to give any challenge his all.

Outside of his persona, Mordecai loves just being able to play games with others, even if it’s not a direct competition. He appreciates team work, even if he doesn’t have the best and most sensible strategies. He talks a lot of shit to those around him, but it’s all in good fun as he tries not to cross the line of being a bully. Admittedly however, his temper does sometimes get the better of him.

Kaizo looks almost exactly the same as his IRL counterpart, aside from having crimson eyes instead of his typical cold blue iris’, in addition to having a bit sharper teeth than what would be considered normal. He’s also far more chiseled and defined with his figure.

Weapon/Equipment:
Striker Gauntlets - A base level set of obsidian colored bracers perfectly fitted to his forearms and hands. These gauntlets are equipped with a flame rune to start.

Name: Xander Symons
Username: Sable_Saber
Age: 22
Personality: Xander is best described as reserved. He hasn't played many games before and is still trying to get his bearings in JFO. While not unfriendly, he has a hard time opening up to people especially those who are loud and brash, much to the opposite of himself. Once he does open up and acknowledge friendship however, he is incredibly loyal and reliable. While he is new to video games, he prides himself on his quick learning, which often allows him to understand something even after only seeing it once or twice.