Goals
1. Canonize the Adventurer Guild's efforts to locate Michael
2. Set up NPCs for future use
3. Inject mounting intrigue in Ryken 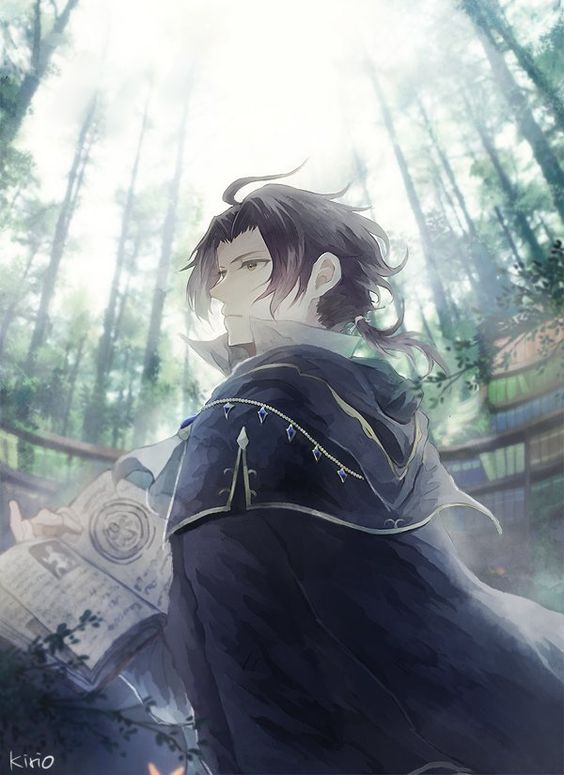 Fouhn Raiser, Investigations Officer​
"Fouhn Raiser. The guild has a mission for me?" Fouhn asked the clerk. She perks up and quickly produces an envelope.

"Here it is, Mr. Raiser. Apparently, a C-rank member, codename Blue Knight, along with an F-rank member have gone missing in Aslan. We'd like you to investigate the matter and track them down if possible. Best of luck in your search Mr. Raiser."

Fouhn nodded as the clerk gave a friendly bow. Going upstairs, he entered a private room provided by the guild for mission prep and meetings. Pulling a stone from his pocket and raising it to his mouth, Fouhn whispered an incantation followed by: "Come upstairs." Returning the stone to an inner pocket on his coat, he opened the envelope and unfurled the debriefing. As he was reading over the information, the door to the room opened as a man entered and closed the door behind him.

"What have we got, Fouhn?" He asked as he approached the table. As he finished reading the debriefing, Fouhn handed two pages with profiles of the missing persons to the man.

"Look over these profiles, Gerzen. We are investigating the disappearance of two guild members: one Michael, codename 'Blue Knight', a C-rank member, and one Jareth Fletcher, a fairly new F-rank member who accompanied Michael on a mission to the duchy capital of Aslan.
"The open request for their mission was submitted by Regula, a blacksmith here in Ryken. The main objective was information gathering, that being, erm...the lineage of the requester herself. The intent appears to have been to locate a diviner capable of ascertaining whether Regula has noble lineage.
"Michael accepted the job and departed nine days ago along with the team he assembled, which included Jareth Fletcher, Matt, and Cleo Rom. As expected of a C-grade member of the guild, they managed to secure a meeting for Regula with a diviner in Aslan in less than a day. According to Matt and Cleo, who returned the same day of the mission in the evening, Michael and Jareth both disappeared while at the diviner's shop. Unable to find them, Matt and Cleo returned to Ryken to deliver their report of the mission and their teammates' status. The open request was marked 'completed' and removed from the board. 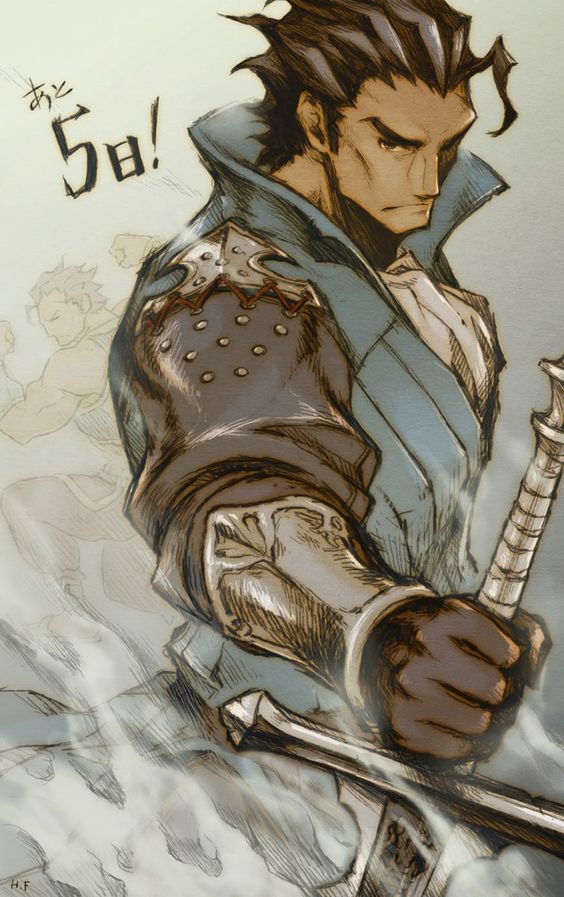 "The guild allowed a customary grace period to see if Michael would turn up, but as of yet, he has not checked in anywhere. During that grace period, however, Regula went to Aslan to take advantage of the meeting that had been arranged for her. She returned to Ryken yesterday.
"With the grace period ended, and you and I being called in, the investigation begins. Any initial thoughts, Gerzen?" Fouhn concluded, withdrawing a canteen to sip from.

Gerzen silently studied the profiles for Michael and Jareth a moment longer before setting the papers down on the table.

"I don't like it one bit, Fouhn. C-ranked adventurers don't just disappear like this--the F-rank maybe--but Mr. Blue Knight, here...? What's worse is it happened in the duchy. You don't suppose they have treaty haters there, do you?" Gerzen said with a tone of concern.

"We can't jump to conclusions, Gerzen. Our job is to find the facts and retrieve what is lost. Let's start with what we know: Regula, the quest giver, is here in Ryken. Jareth served under a master artisan, also here in Ryken, named Nolan Isthmus. We'll start our investigation with them and see what they know."

"If that's the case, then I'll take the artisan. You can have the pretty, little lady!"

"W-What? You can't just decide this all of a sudden!"

"I know, I know: it's a noble sacrifice on my part, but, hey, that's what partners are for. Good luck out there, champ!"

Gerzen took his leave amid Fouhn's protests, chuckling all the while. Fouhn would slowly gather the papers and stow them in his messenger bag before begrudgingly departing for his interview with Regula.
You must log in or register to reply here.