I ask of you to please chant my name!

–DUSK OF THE FIRST NIGHT–

To most people, this is but an ordinary night in the serene, man made utopia that is Erzabet Island. However, to the governing figures of the half century old man made island, it’s the beginning of a celebratory ritual for their 50th year being afloat. The ritual that is warfare in its core; one that results in a wish that would be able to shake the world in its core.


The 5th Erzabet Holy Grail War.​
Preparations for this celebratory war are currently underway within the massive centerpiece of the island’s city. Deep within the Fairy District, on the premium section of the city accessible only by the elite of the elites. The Queen’s Tower, with its floral warm neon lights basking the busy city streets on the lower districts. Most asleep, though some enjoy the exhilarating nightlife.

Not that it concerns the men that run the city. Those men are concerned with more otherworldly affairs. 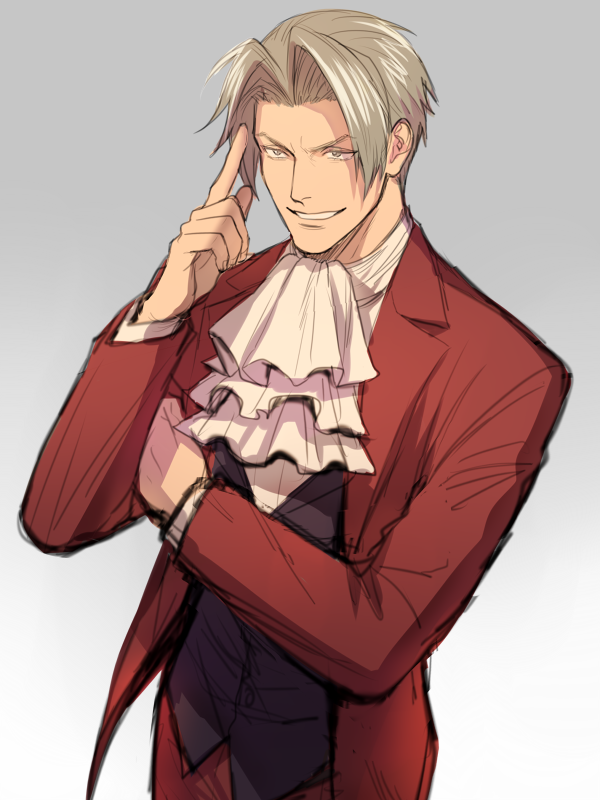 --{[Noah Sebastian Barthory]}--
Spectator from a Long Line of Tyrants​
“Gentlemen. Tonight is a special night.” A man wearing a red suit and a fancy white cravat entered a room filled with monitors. Computer and monitoring equipment lined up in rows, all occupied by men in white coats tip tapping away on their console’s keypads. Writing important code that maintains the island itself. “How goes the status of the preparations for the War?” 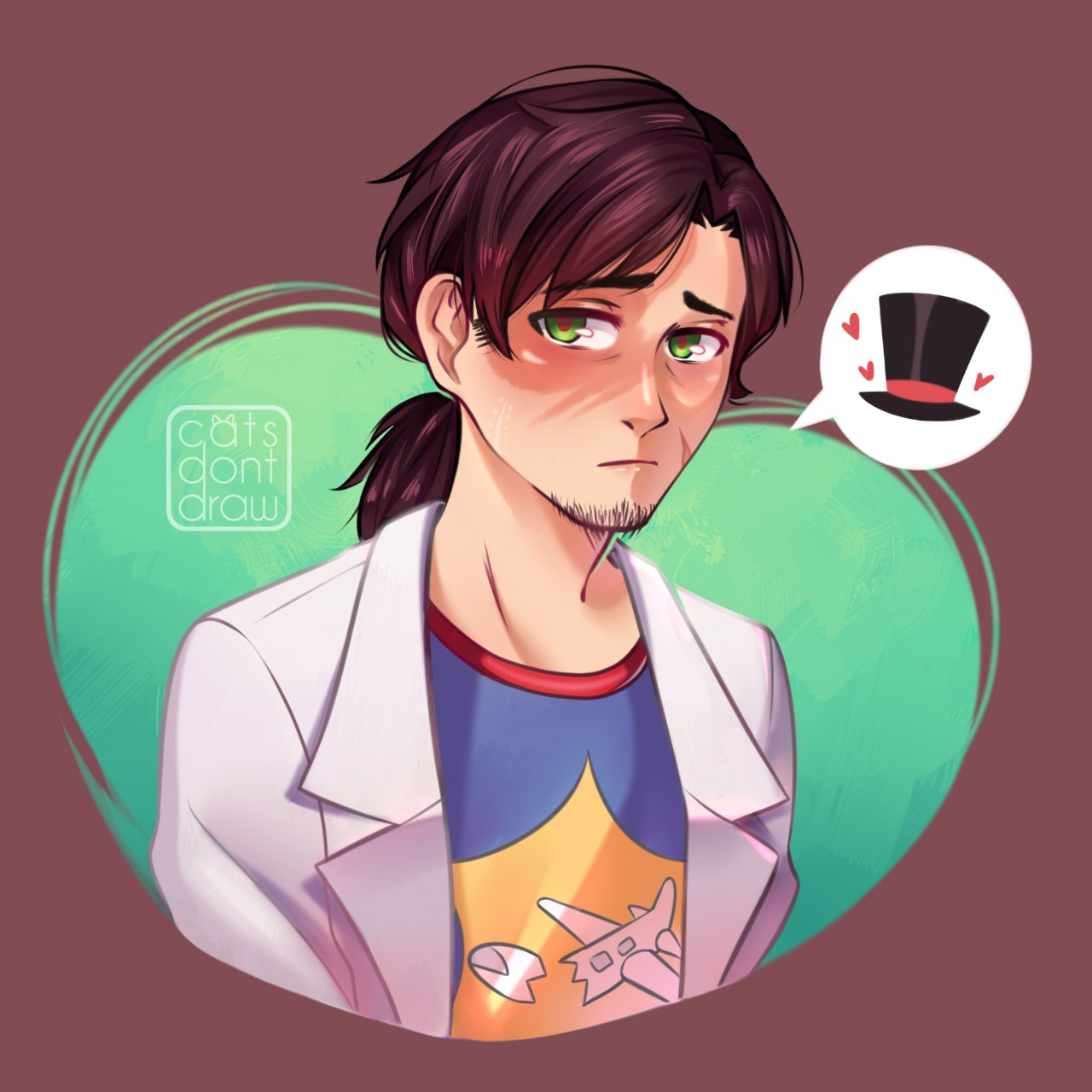 --{[Benjamin Turner]}--​
“Sir, all of the Relics have been sent and accounted for.” One of the while lab coats spoke, a young teenager. “With their blood samples obtained upon opening the packages, the Servants should’ve been automatically summoned earlier this 6pm.” He explained as the red clad man noticed that only two of the Relics appeared to be on screen; no sign of the third and final relic.

“And what of the Gilded Commando?”

“T-the Gun?” The Assistant asked, swiping away at his Tablet to show footage of the selected Master for that Relic receiving the package; a Nun from a Church at the 2nd District taking in the package from the doorstep. “She got it, but we're not sure if she opened the package or not. The Nun didn't seem all that interested in reading the letter when she took it in...”

“So the third Master of the Grail War has yet to be registered?”

“Precisely, Mr. Barthory. Perhaps we should, uh, retrieve it and select a new Master in her stead?”

“No, no. Let her keep it.” The man nodded, smiling to himself, “I’m sure Fate has plans for the Master of the Gilded Commando.” He spoke. “For now, let the two Masters fight for supremacy on this Erzabet Grail War! ‘Tis a shame that only 4 Servants are active at the moment…Not enough to power our Grail.”

“About that, sir…” The Assistant gulped, “We may have a situation.”

“And that is...?” The man turned to the assistant with a raised brow.

Wherever the Masters were have either gotten acquainted with their newly acquired army of Servants without the need of a ritual, have been greeted with said Servants,

Or if you’re the Big Boi, is having a gay old time somewhere in the 2nd District.

The Master of Sin ~

The Master of Colors ~

The night was young. The moon was in full bloom, as Ryuga stood in front of the summoning circle before him. 4 shadow figures stood off to the side, as Ryuga spoke to himself, with eyes closed.

"Let my very essence empower your being. Fire, Ice, Earth, and Air. Elements converge on the circle. I offer a living person as a catalyst for your summon."


As he said this, another being appeared. A cybernetic being not in any way human. It had a girl, probably in her early 20's, trapped between its claws. "Please! Let me go! I don't want to die! I'm expecting a child in a few months!"

The male stopped chanting as he looked at the woman. She was wearing pretty common clothes, jeans, a T-Shirt, and a jacket. He could see the slight bulge at her stomach.

Assassin, its apparent name, withdrew its claws as the girl looked at Assassin. She felt very scared about where she was. "Come here." He said, holding out a hand. "I won't hurt you. I just want to know something."

"Something? What is it you want to know?"

"This world, do you believe it deserves a second chance?"

The girl was silent for a second, as Ryuga hugged her in comfort, before answering.


"Of course! Even if today is a bad day, there's always hope that tomorrow goes well-"

She felt something stab her in the gut, right where her child was being born. Blood seeped out of the wound as a blade hilt was there. Ryuga whispered to her calmly, his eyes were covered by his hair, as she felt her life fade in a flash. "Wrong answer"


"Where the hell am I?" He asked. Clearly he wasn't happy about where he was. Ryuga sheathed the weapon he used to murder the pregnant woman before asking a question. "Are you Caster? My Caster?"

"And what if I am? I don't have to listen to a Ningen like you!"

Ryuga held up a golden orb with red markings all around it. "Funny. I summoned you, meaning you are serving under me." He replied with a knowing smirk.

Caster growled before charging at Ryuga. He immediately threw a punch towards Ryuga's face, only for it to be caught by another person's hand, as an menacing aura emanated from the impact.


Caster looked towards the owner of the hand that blocked his fist, as Ryuga sighed. "Archer, please set Caster in his place. He needs to know who exactly is in charge here."

Archer was a very muscular man, of imposing build, and dressed in what seemed to be ancient garb that was common in his time. Archer responded, his eyes locked into Caster's. "I can tell you are similar to me, if not a Pillar Man yourself."

"The fuck is a Pillar Man?!" Caster asked, before Archer grabbed him by the face and lifted him into the air, before slamming him into the ground. Caster's head left a small crater beneath it.


Ryuga proceeded to head towards the inside of his mansion. He stopped after he reached the entrance, two men stood there. One was Leaning against one of the double doors, arms crossed while watching the fight. The other is staring at a ring of some kind with pointers on it in his hands.

"Between Caster and Archer, I wouldn't want to be in Caster's position right now." The guy at the door spoke.

Ryuga smiled as he passed the man. "You shouldn't worry about it, Rider. You could beat either of them in one on one."

Rider chuckled in response as Ryuga headed inside, but not before he also spoke to the other person. "You could give him trouble too, Avenger." Avenger's turn to chuckle. "Spare me your praise. You know that I'm saving Diabound for an actual fight against another servant. Infighting with your other servants don't count."

"Perhaps so." Ryuga replied, smirking as he went in.


While Archer duked it out with Caster, Ryuga headed towards his bedroom. He soon came upon it and opened the door. The colors of the room were blood red. The color of death. Also his family's most preferred color in terms of dress, accented by Black usually. Ryuga approached the desk at the back of the room as he sat down, and opened a drawer. He pulled out a fragment of some kind to look at, as he slid the drawer back. Soon, a look of sadness appeared on his face.


Faffy… I will do what I promised to you. Humanity will be erased from this world. I won't let you down….
You must log in or register to reply here.