Appearance:
The human character's appearance. Although an image is preferred, a description is just as acceptable.

Personality:
The human character's general personality. You can be as specific or as vague as you want. Even just the archetype of character you want them to fill would work.

Appearance:
The appearance of the Digimon's preferred form. While most Digimon of the same species look the same, some may have certain irregularities.

Digivolution Path:
The digimon character's digivolutionary path, from what they've been before to their current highest form.

These are the bare minimum that's needed for the character sheet. If you want to add ANYTHING extra, like size, likes, dislikes, and other things, you can do so. You can also reorder things as you see fit, and delete the "Appearance:" bullet if you want to use an image and put it elsewhere on the sheet.

EXAMPLE:
This is an example sheet, in case anybody wants a visual representation of what the basic sheet would look like filled. This character will not be used in character (which seems obvious since he's the Goggles-Head of Digimon Adventure.)

Person
Name:
Taichi Kamiya, "Tai"
Age:
13
Personality:
Tai is energetic and adventurous. He is also acts impulsively and rushes without thinking the consequences, especially when his friends are in danger but is quick to realize and admit he has been wrong, and does whatever it takes to fix his mistakes. Despite his flaws, Tai is very caring and considerate of others, even if his actions may cause some people to think otherwise.
Background:
Tai is the first and oldest child of Susumu and Yuuko Kamiya. Much like the other Digidestined, he and his little sister, Kari, and pet cat Miko lived in Highton View Terrace. He and Kari receive a Digi-Egg, which eventually hatches into Botamon. Botamon digivolves quickly to Koromon, becoming their first experience with Digimon. Both Tai and Kari become friends with Koromon before he digivolves into BigAgumon and takes Kari on a ride, while Tai desperately follows. Agumon digivolves to RedGreymon to protect them from Parrotmon at Highton View Terrace, though he is beaten. Using Kari's whistle, Tai manages to revive RedGreymon long enough for both him and Parrotmon to destroy each other. 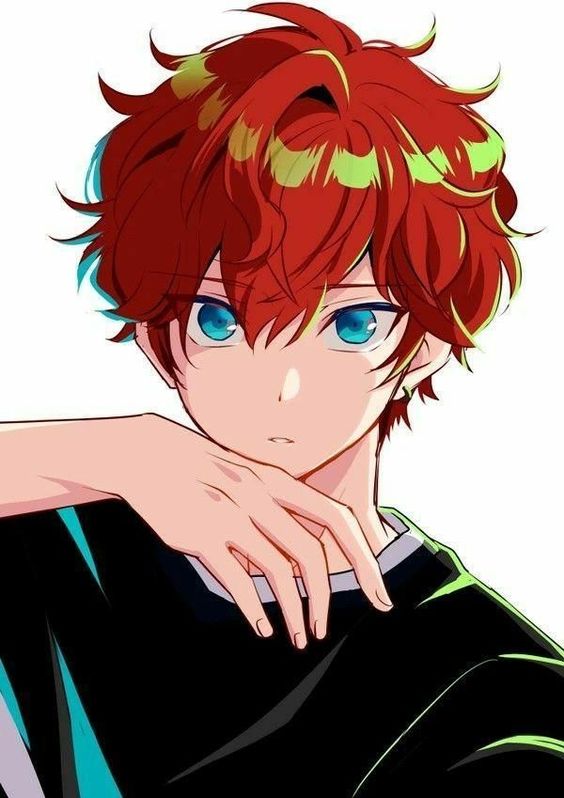 Personality:
Haru is a curious boy, he seems to be interested in odd things. He likes spooky things and the occult. He believes in legends and mythological figures even though people say they are just tales. He’ll get super excited if he can talk about space or science. He’s a good kid with a heart of gold. He’s book smart and not necessarily street smart. He’s stubborn and sarcastic and it’s very apparent in his speech patterns. He’s calm but has an excitable streak. He’s able to talk reason, especially when having to keep the reign of his friends and siblings. He can have a bit of a violent streak, but that’s only if he needs to defend himself or he’s basically pissed off or annoyed. He’s protective of those he cares about. He could possibly be seen as strange or odd to another person’s eyes. He’s loyal and brave. His curiosity, however, could lead him into trouble even if he’s not meaning to. He’s got a quick wit and can come up with a solution on the dime. He tries to do the right thing always, it's what he was raised to do. He has a good moral compass due to that, but he also lets his emotions get the best of him at times, this makes him pretty easy to be manipulated.


Background:
Life was always pretty good for Haru since his birth. His parents were well to do business owners, he never really had a rough day in his life. He grew up in a medium house in Osaka, all his family lived in one house. His grandparents, his two sisters, parents, and himself. It was a kind of communal household, stemmed from old traditions, the family lived together and raised the children together, chores were distributed to each member. So Haru grew up with a sense of responsibility and was caught that family was important.

In school, he was the weird kid that believed aliens were real and he was considered a complete nerd. He stuck to books, both comic and plain text. He has always been a curious person, and that ended up with him getting into sticky situations. When it came to his grades he was always excelling in science, English he wasn't that great at. He wasn't entirely sure why Japanese kids had to learn the language. His parents assured him that all academics were important so he should just go with it. He eventually got old enough to help around his parent's general shop. He'd make deliveries and stock the shelves.

His mind didn't skirt off his fantasies as he got older. He was always interested in the occult and odd things interested him. He often became the brunt of jokes at school but it didn't bother him. His parents started pressuring him to study harder if he wanted to get into a good high school. So when he wasn't helping around the shop he was in crunch time, He was always seen with his books and a tired expression on his face, he was determined to make his parents proud.

Soon came junior high school entrance exams and he managed to make the third-highest place, much to the excitement of his parents. They really weren't the type of parents to be upset if he didn't make the first spot. He made plenty of friends in his new school and he was well on his way to his dream job of being a scientist. He just had to make it through school and get into the college of his dreams. Over the summer, his parents enrolled him into summer camp hoping he'd get out and enjoy the world more than with his nose in books.

Dreams:
To become a world-renowned scientist.


Dislikes:
-Being Sick
-Being Held Down
-Discouragement
-Coffee (Tea is the way to go)
-Bugs 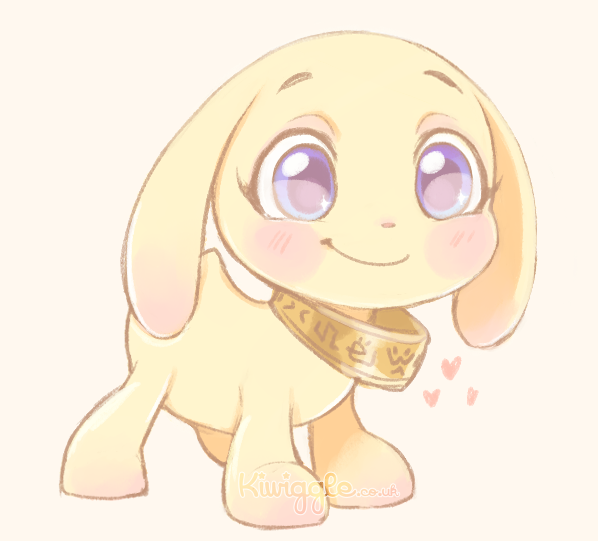 Personality:
Headstrong, leaps into action before asking questions, extremely loyal to her tamer. If fight or flight was an option she’d fight. Sarcastic and lively. Neku is an affectionate Digimon who likes to show love towards others, she worries a lot about other’s well being. She’s a lover and a fighter, who endlessly will fight for what she believes is right. She’s the type of Digimon to make jokes and try to cheer others up even when she’s not feeling one-hundred percent.

Strengths/Skills:
Swiftness- Neku is light on her feet, she has the agility and speed needed to escape or move fast.
Kindness- Neku is kind when she wants to be, she cares deeply for others as well as her partner

Weaknesses/Flaws:
Brash- Neku is hit first and then asks questions
Snarky- She has a temper, a mouth, and a sarcastic streak. She’s not afraid to point out when Haru’s being an idiot. (Fun fact: It's quite often)

another day, another life

Personality:
In the simpiest term. A Sarcastic smart ass. He will generally seem a bit stoic at first to people, using sarcasm as a defense mechanism to weed out true friends from the fakes. Those that do stick with him see a more caring and genuine side, as well as the fact that he is more that willing to pull his friends out of the fire when needed. Even if he'll insult them for getting into that position in the first place while doing so.

Background:
He isn't really anything special. Had an average life. Single child. Not many friends. The usual for someone like him. His parents sent him to summer camp to try and get him into making more friends.

Personality:
Dobermon is on the more agressive side than most digimon in his position. Though he is fiercely protective of Gabe. He does have a bit of a one tracked mind, constantly looking for his his next good fight. He has a more serious demeanor than the other digidestined digimon. He loves being petted though he'd never admit it willingly.

Accepted, but it seems a bit strange for Falcomon to digivolve into Tyrannomon, don't ya' think?

zacharychi said:
Accepted, but it seems a bit strange for Falcomon to digivolve into Tyrannomon, don't ya' think?
Click to expand...

Not really. I mean, its mainly due to the issue that I don't want to take Agumon if someone else wants it.

Ready to set the world on fire?

is this still open

GeneralPuffer said:
is this still open
Click to expand...

It wasn't before now, but as a last ditch effort to stop this RP from dying, I'm going to go ahead and open it back up (with some warnings of course.)

Probably should've linked you to the interest check where I laid a few rules down. In the RP universe, the royal knights don't exist (yet) so the origin for ZeroIchi doesn't fit in. Besides that, the CS is good, so I'll accept it if you delete the part about the royal knights. Here's the link to the interest check: Fandom - Anybody up for a Digimon RP?

zacharychi said:
Probably should've linked you to the interest check where I laid a few rules down. In the RP universe, the royal knights don't exist (yet) so the origin for ZeroIchi doesn't fit in. Besides that, the CS is good, so I'll accept it if you delete the part about the royal knights. Here's the link to the interest check: Fandom - Anybody up for a Digimon RP?
Click to expand...

Hey did this fall off

Absollover77 said:
Hey did this fall off
Click to expand...

Rip
You must log in or register to reply here.

One x One couple queue [cs]