Plot - Growing up Muse A has always had his life planned for him. Having parents that only cared about him carrying on the family's name and image, having to take different kinds of lessons so that he'll be deemed capable of taking his father's title of Lord. Even as he became an adult, he was forced to marry a noble woman that he didn't even love because it was decided for him. On the outside one would think that his life was perfect in everyway, but in reality it wasn't perfect to the male. But Muse A forced a grin and bared with it, as he knew from childhood this was everything that was expected of him from everyone in his life... But it all seemed to blow up in his face when the night of his marriage anniversary, he was killed by his wife and her secret partner. Devastated by the betrayal, his vision faded to black as the last thing he heard was the laughter of his "wife" and the male she was with.
Then he woke up as if from a bad dream, only to find himself back in his old room of his parent's estate. Landing down at himself, Muse A was shocked to find himself as his younger self again. He knew that he didn't dream up the life he had lived, but couldn't explain how he was given a second chance at life. Needing to clear his head, he goes out of a midnight walk out on the forest path that is near the estate. While on his walk, he across paths with a young traveling merchant Muse B. Will this meeting be unknowingly be the first step for Muse A to change his fate or will things end up the same again?
(Muse A (me) - Son of a Lord, who is given a second chance to relive his life.
Muse B (you) - A traveling merchant the Muse A crosses paths with one night. (Personality and stuff is up to you))

Rules:
No one liners. (If you're low on muse that's fine, I understand.)
Please don't abandon the thread.
If you have any ideas you would like to add for later on feel free to share. I always happy to hear ideas. 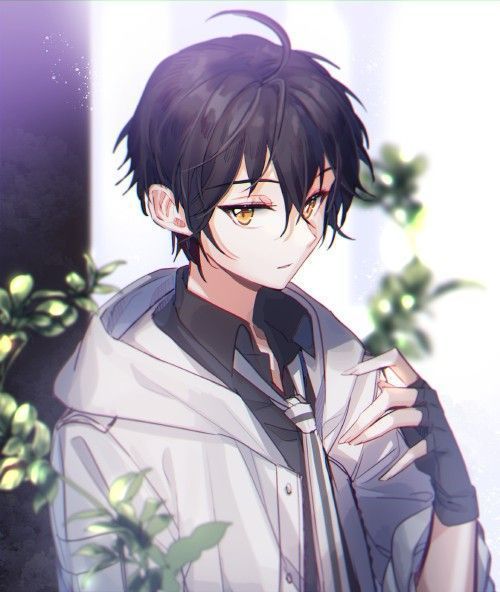 https://i.pinimg.com/564x/4c/5a/d2/4c5ad224b4a6227e8d99818407ebd369.jpg
Name:
Oliver Lee Evans
Age: Seventeen
Personality:
At first Oliver would seem cold and untrusting. But he is actually a pretty easy going person. He's leveled headed and is very observant of his surroundings. He is fairly social, but can be brutally honest at times. Though he does knows when he needs to watch his words. He's not a great liar, but it able to pass small white lies when he needs to. Oliver isn't much of a fighter, but he is pretty good with a bow and arrow. Though he feels more at peace when he's hanging out in the woods relaxing or drawing.
More information:
He is an only child. Because of this, his parents are very strict about the things that he does. He likes quiet and peaceful areas. He loves to read, draw, rain, and watching the stars at night. He isn't very fond and nobles that show off their wealth or takes advantage of their titles. More will be learned during rp.
You must log in or register to reply here.