All Sections that apply to Phase III will be in Green. These are updates based on the appearance of Obelisks on Earth.

All was ‘peaceful in your little world. Then one day the Obelisk(s) appeared. Some call them gods; some gifts from the gods; some simply ignore them; some have tried to attack them. The Obelisks don’t seem to care. They simply are. Their purpose is unknown.

They hover in the air with the base a little over 300 meters above the ground. A shaft of light shines straight down constantly. The Obelisks themselves are nearly two miles tall. The complexity of their shape is relative to the complexity of the culture they appear near. Each Obelisk is unique in shape. And they vary in the color of the Light Shaft. The color is always vivid and phosphorescent - and somewhere in the visible spectrum (never near the edge like near IR or near UV).

They generally appeared near a main town, perhaps an hour out by steed (more by foot). They NEVER appear IN a town. However, small encampments and trade centers have been built near them. The obelisks are a very recent phenomenon, so build up will be small. (Consult me if you want to have your world try anything.) 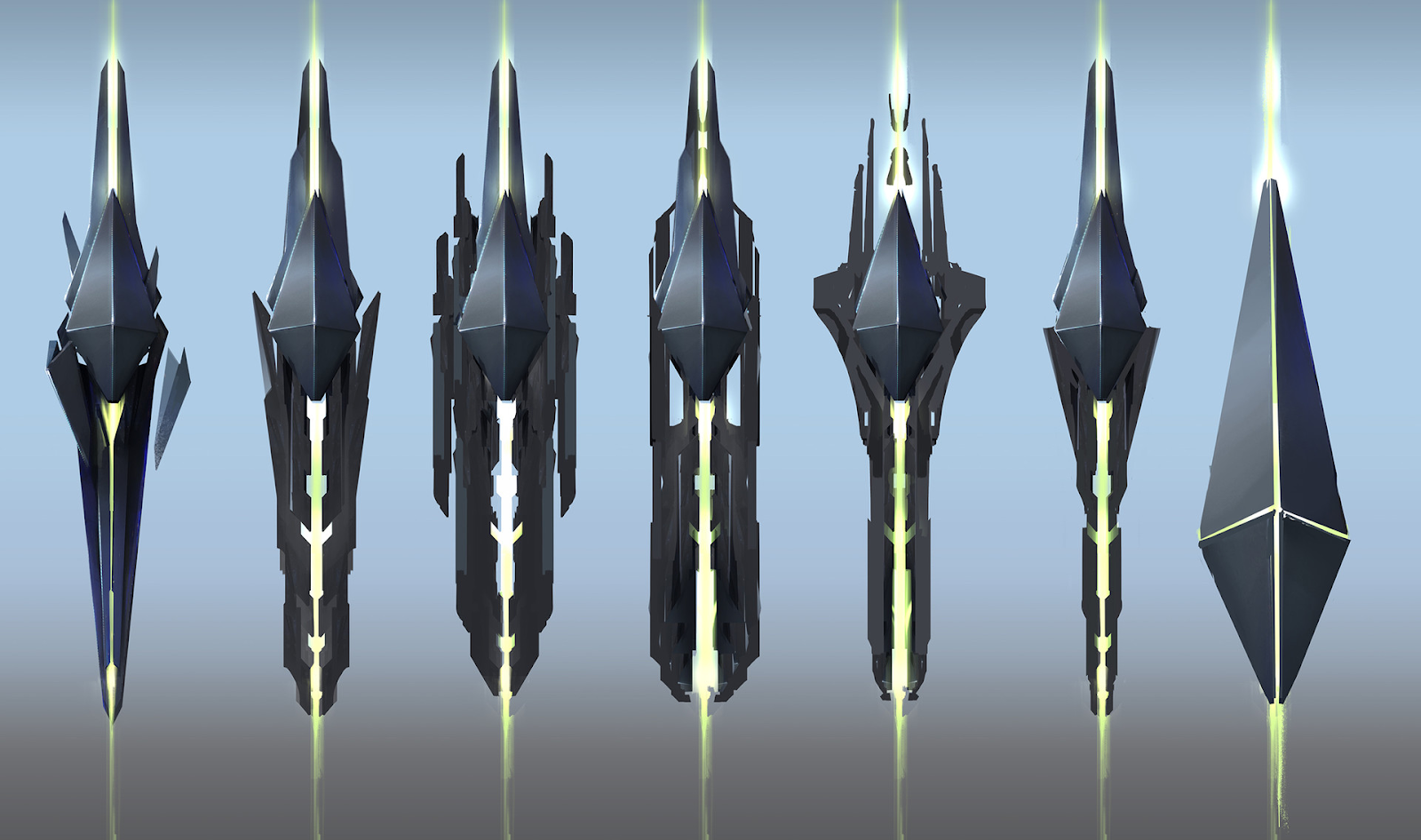 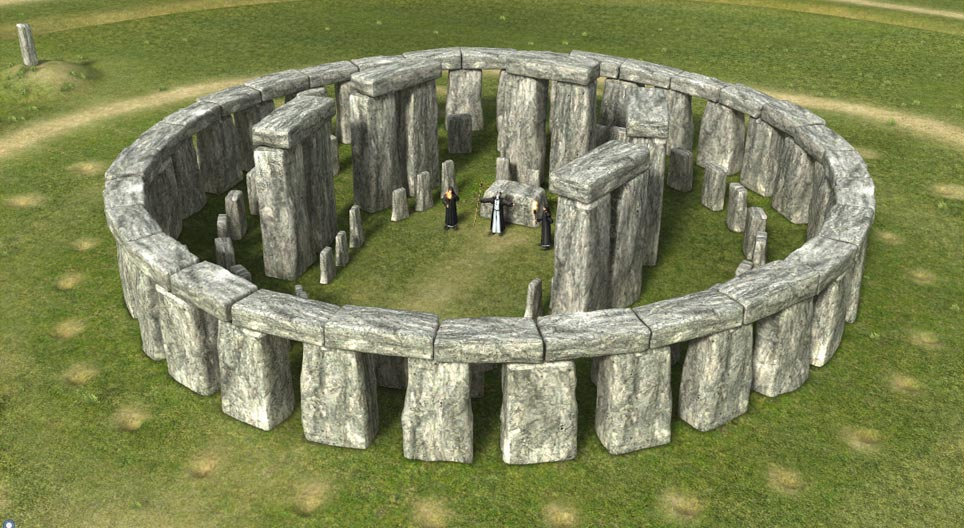 https://www.mozaweb.com/mozaik3D/TOR/oskor/stonehenge/960.jpg
Surrounding the shaft of light is a Stonehenge like Circle. However, the ‘stones’ appear to be made of the same material as the Obelisks. The ‘stones’ are covered with hieroglyphics or runes or glyphs. Noone knows what they mean. The material they are made of is quite impervious. The ‘Stones’ are a bit less than 100 feet high.

What is Known
Upon approaching the ‘altar’ and standing there for a bit, the five standing structures will fill with light becoming a Gate. People have gone through never to return, but others have stepped through. The Gates activate at times even when noone is at the altar, suggesting someone activated it from the other side.

The Gates lead to other realms, worlds with more than one moon, or rings, or even two suns. But all of the worlds are roughly Earth-like.

The technology of the worlds range from Stone Age to Medieval to early steampunk. (I do not want people running around with guns or aircraft. But I do like the look of the clothing, glasses, and small clockworks.)

Obviously Earth will have technology quite advanced compared to the Phase I description. Humans from Earth will be able to have modern technology. But they will lack magic. What they “know” about fantasy races will be based on fiction and prone to errors.

Characters
You may have more than one character, but keep the numbers small. I am really looking for humans from Earth or representatives of otherworldly cultures.

NO HUMANS. (This rule applies to the Phase I worlds.)
No Undead.
No Lycanthropes. (You COULD be an anthropomorphic canine who shifts between the wolfman form and a wolf though.) (This rule has a remote possibility of being changed by events in the RP.)
Also, no omni shapeshifters.

By Undead, I generally mean the sort that act like diseases that spread. Vampires, Zombies, etc fit into this category. In short, the Obelisks will not allow the spread of plagues. For that matter, such undead can't even approach the Obelisks.

Worlds
You should also submit your "World" in the Lore. This is pretty much a freeform description. You can add a map, facts about the reaction your world has had to the Obelisk. By world I do not necessarily mean a whole planet. The world your character comes from could be as simple as the Shire was for hobbits. All of the characters I have submitted as of this writing are from the same world, but from different Obelisk regions.

Rules
No harming other’s characters without their blessing. Not everyone is looking for PVP in an RP.
Get permission before entering another member’s scene.

Posting
3rd person, past tense.
Decent spelling and grammar
Posts should be 2-3 paragraphs at a minimum

I am not especially picky about the CS format. This tabbed one is mainly designed to get all the info and keep the post looking short. https://docs.google.com/document/d/1xgY4ivrQFPG9Dyz4eNuQrEl5GpliMjr4TazOu3TIRY8/edit?usp=sharing

I may rebuild my Discord OOC. I deleted it some time ago.

This is the Lore Thread. Here you may post locations where there are Obelisks. There can be many Obelisks on one world. Generally there is only one per Nation. What am I looking for? Name(s) of the Location You could list the Region / Nation, the nearest city, the name of the encampment...

Bump
You must log in or register to reply here.