Hi, I'm new around here but I've done some roleplaying before. I love reading and some writing too. I also watch a lot of Television. I also enjoy comedy, being humorous is a strong suit of mine. I live to make others laugh. I also live for the theatre, musical and non-musical. You could say I'm a theatre kid. Performance and music are very prominent in my life.

My Favorite Tv shows: The Librarians, Adam Ruins Everything, and Bobs Burgers

Favorite Movies, Avatar, Suicide Squad (I know there were mixed feeling about this but I enjoyed it, although the Joker's scenes didn't need to be cut out), Black Panther, Justice League,

Fandoms: Power Rangers (not every season! I support everything before the Nickelodeon era, then it went to trash. I loved certain seasons and I'll except everything up to RPM. Once Samurai started I jumped off the bandwagon but I still rewatch the old stuff), Hunger Games (I'm not obsessed I promise......so I am but its fine), The New Adventures of Lois and Clark (its the 90s live action Superman tv series. I loved it but I didn't like the ending so much) 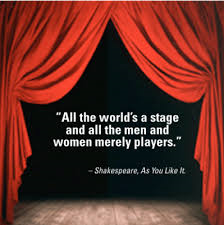